TRENTINO ALTO ADIGE: where the air is crisp but warms the heart. 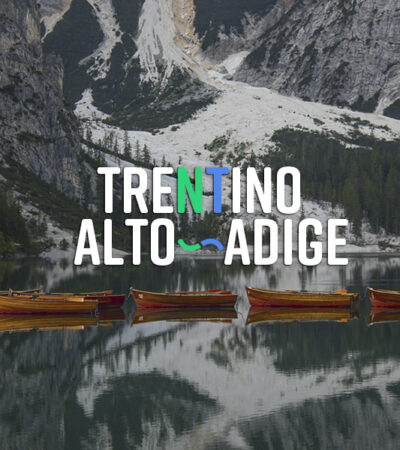 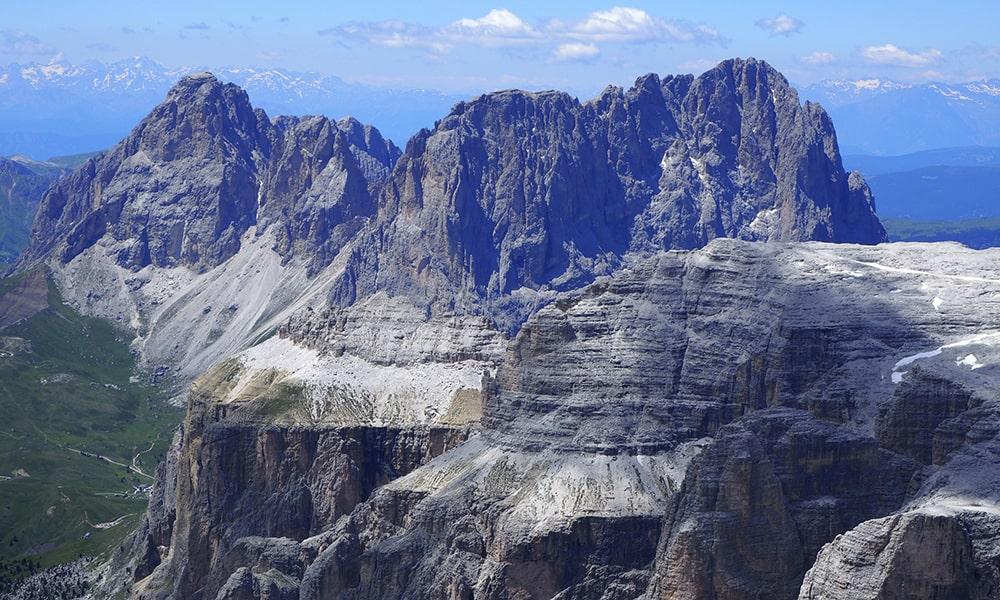 Trentino Alto-Adige is a region located in the north of the Italian boot, bordering Austria and Switzerland to the north and Veneto and Lombardy to the south, it is known for the wonderful mountain ranges.  The landscapes are magical, almost enchanted, it is possible to admire mountain beauties such as the Dolomites, the Sarentine Alps, and again the Marmolada, the Latemar and many other peaks that boast dizzying heights! Certainly loved by mountain lovers, thanks to the sporting opportunities it offers, from downhill skiing to trekking, it should not be underestimated by non-mountain lovers, as it would be a real challenge to visit its sights and places and then admit to not having fallen madly in love with it!

Long walks among the paths are designed for the most daring, but also for those who are not and just want to breathe healthy, pure and fresh air! Who would not like to take a path to the Val di Fumo, an enchanting place that offers wonderful views between crystalline lakes and an emerald green that surrounds it in every corner. Who has not seen an episode of the beloved cartoon “Heidi” and dreamed of being able to live one day in at least similar landscapes, which approached the imagination that could give that mountain environment, made of green meadows, goats and white peaks. ‘horizon?! Well the Val di Funes, located just south of Bressanone, is very close! 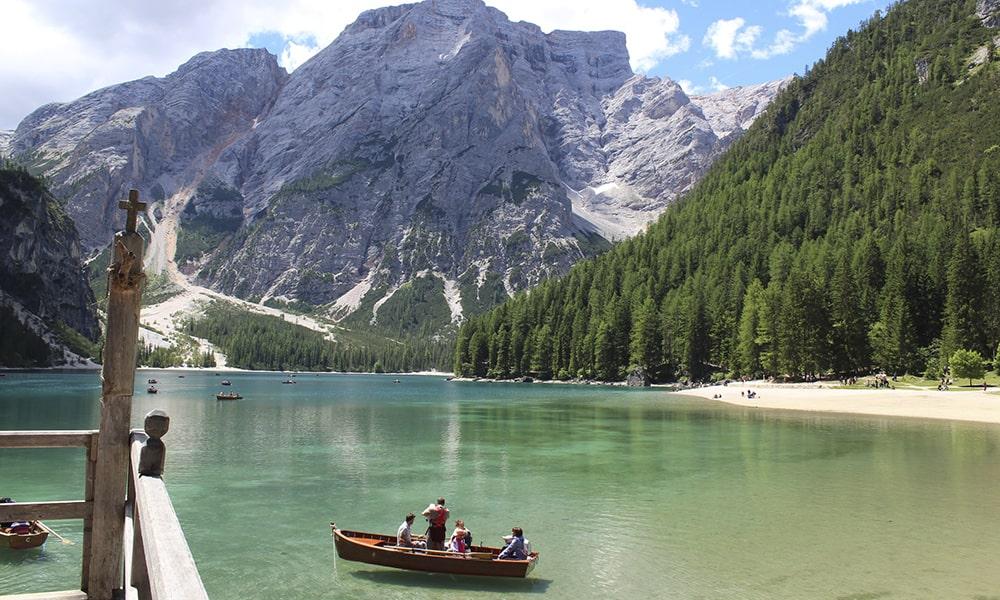 There is a lake in Trentino Alto Adige: its water is emerald-colored, any light, contrast, any color is reflected in it … it is Lake Carezza, known for this and for other reasons also as Lake of the Rainbow. To accompany this more basic explanation there is in fact a more imaginative one … in the lake it seems that, in ancient times, a wonderful nymph with an enveloping and bewitching voice lived, capable of touching the hearts of anyone who listened to her.

Although the challenge of conquering her was so unlikely and complex as to make most people give up, on the contrary there was a man, the Magician Masarè, who did not give up and who even asked for help from the Witch Langwerda. She suggested to implement a disguise or rather, a transformation, so as not to be recognized, given the already numerous refusals of the nymph … and it was thus, that the magician transformed into a jeweler, made a rainbow of precious gems appear that went from the Catinaccio at the Latemar, and all this sun to amaze the beautiful girl. But although the nymph remained open-mouthed in front of the marvellous rainbow, she was equally disappointed at the sight of the usual suitor because the magician in love, in a fit of gaiety, had in fact forgotten to disguise himself… So the magician, having lost his chance, and seeing once again the nymph plunging into the clear waters, and this time forever, decided to throw all the precious gems that formed the wonderful rainbow into the sky inside the lake.

Who knows, maybe one day, a lucky traveler may re-emerge from a dive with the precious gems … more likely, like the magician, he falls madly in love with a Trentino beauty,

“Love is in the air, everywhere I look around … ” 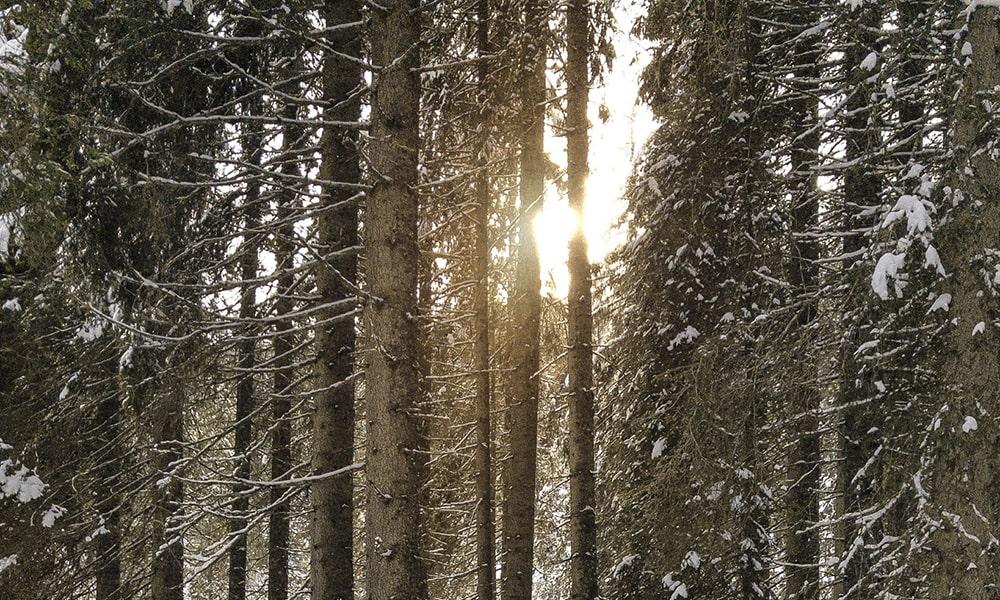 Trentino is where every color is seen more clearly, it is where things finally look at each other with different eyes. Away from the opacity of the city, where the trees are always a little less green, where you always have a different perception of the air from that which is in fuller nature.

It is inner rebirth. It is that cool breeze that reaches your face, even if you are covered from head to toe, sharp but pleasant. And it is undoubtedly also Trento, a splendid town that boasts excellence in various fields: from architecture, among which we remember the Buonconsiglio Castle, which in various legends is represented as the home of vice and revelry, as well as of numerous witches committed to obscure activities, and to nature itself, as at Lake Caldonazzo, a paradise for water sports. Among the places to visit there is the Adige Valley, which offers various experiences, including hiking activities, and “intoxicating visits” to local vineyards. 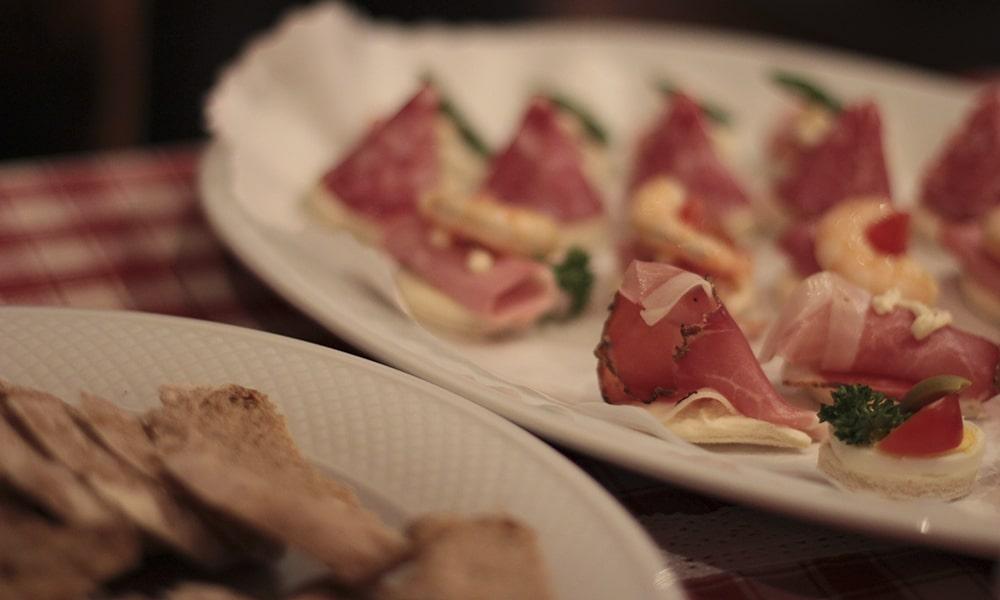 Yes, even at the table in Trentino you will breathe a whole new air, or rather the frozen noses from long walks will be cheered, in the warmth and in lovely huts located in the middle of the deepest green; to enjoy it, even the taste buds, who will be able to appreciate the quality and genuineness of the agri-food productions of the territory. The hospitable hosts, who then know how to say “A bòn render”, “I’ll offer you another time”, will be ready to unveil traditional dishes, and certainly very good, including the Canederli, small meatballs served in broth, with melted butter or speck; or the strangolapreti alla trentina, also accompanied by melted butter (yes, a little fat, but no one accompanies like him!); and Tyrolean gnocchetti, potato cakes, polenta and capus and many other unforgettable dishes for their flavor!

In short, it is already worth visiting Trentino just for a good dish and a glass of Alto Adige Cabernet, without taking into account the highly prized wine production of the area, which for example, on the occasion of the international event organized annually in Merano, the “Merano WineFestival” you have the opportunity to taste in full; and believe it or not, a glass “accompanied” by the Merano panorama is a joy for all the senses.

Next
Abruzzo: from the sea to the mountains in the blink of an eye.
November 10, 2020
Previous
Friuli Venezia Giulia: green woods and white peaks reflected in clear water
November 5, 2020