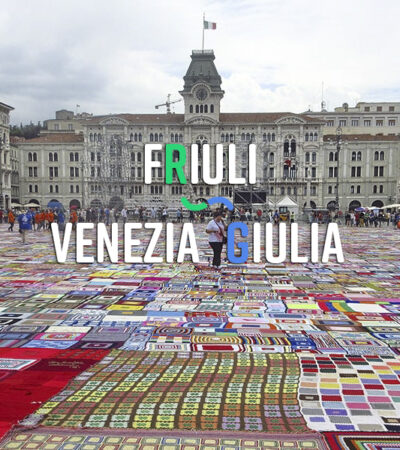 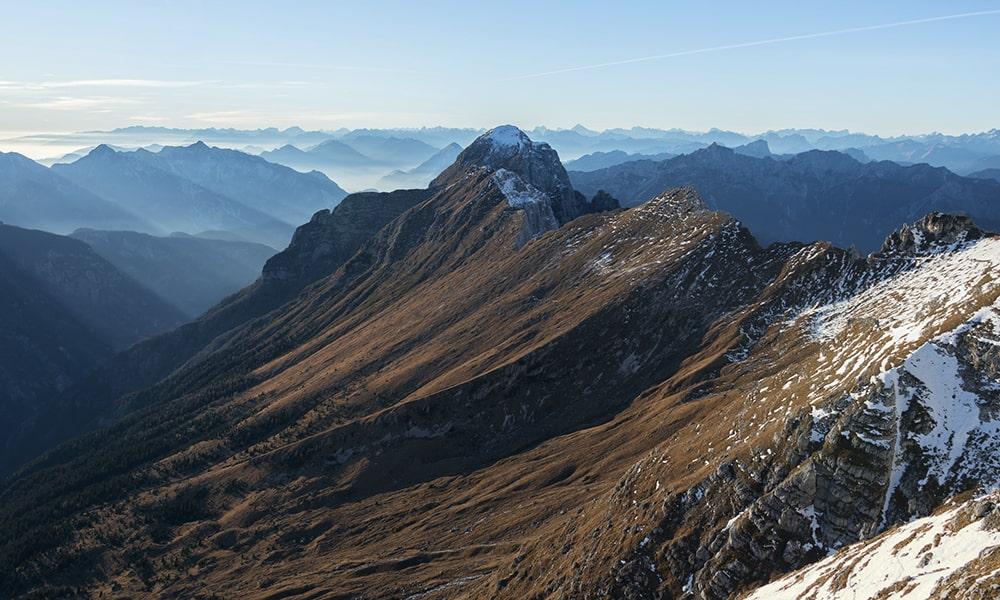 Located in the north-eastern end of the Italian territory, bordering Austria and Slovenia, Friuli Venezia Giulia encompasses a wide variety of landscapes in its territory. It overlooks the Adriatic Sea and is surrounded by large mountains: the Friulian Dolomites, the westernmost area of the mountain, which then merges into the Valcellina, the Valle del Tagliamento and the Val Tramontina… considered the most unspoiled part of the entire Dolomite group, and designated as a UNESCO heritage; Monte Zoncolan, belonging to the Carnic Alps as well as Monte Coglians, the highest peak of the said mountain range; and still many other heavenly mountains color the wonderful region white.

These unique landscapes are a real heavenly setting for hiking and ski mountaineering, Nordic walking, free climbing and ice climbing enthusiasts! A land crossed by many peoples, bordering as many, as well as in its landscape nature it is a region rich in multiple stories and traditions. Strongly influenced by Latin culture, and by the Roman permanence in the Augustan period, it was the protagonist in this historical scenario thanks to Aquileia, which was one of the strategic centers for the Romans: rich in monuments and archaeological sites particularly important for its cultural and historical value…Udine, a Friulian town, is pervaded by different and fascinating historical hints: the Castle, the Cathedral, Piazza della Libertà; in Trieste, the regional capital, on the other hand, Piazza Unità d’Italia is immediately noticeable. It stands majestically in the center of the city, and you can pleasantly cross the romantic Ponte Rosso, which crosses the Grand Canal, the canal that divides the city. 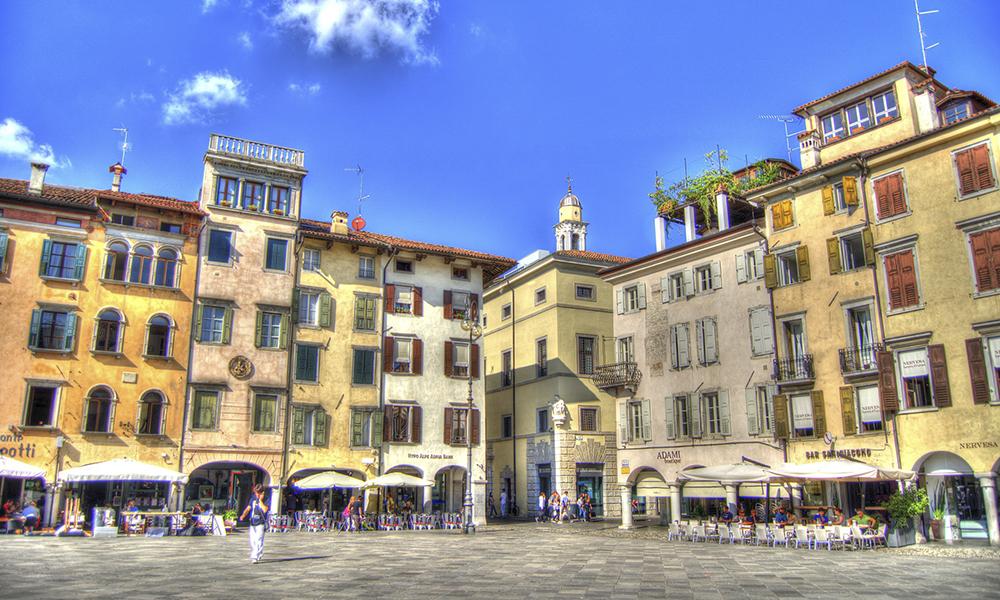 For those who think that in Friuli Venezia Giulia only wonderful mountains are to be expected, there is the area of ​​the Victory Lighthouse, which lights up the beautiful and ghostly Gulf of Friuli, and brings back the memories of those who died in the First World War.

The ancient Gorizia is dominated by its medieval castle, and the Viatori Garden trail is a must, a splendid panoramic point that allows you to have breaths of fresh air inside an uncontaminated clearing. In medieval style then you cannot miss the view of the Cividale del Friuli Bridge, located near the historic center of the town of the same name, which according to tradition was built by the devil in one night, with the help of his mother, who personally carried the block that holds the supporting pillar in his lap, in exchange for the soul of whoever crossed it first.

The region is adored by many for the various possibilities it offers to anyone who visits it:  walks in the woods, mountain climbing, various sports to be practiced in the optimal atmosphere it provides.

And it is precisely among these magical Friulian woods that the most imaginative can try to realize the desire of meeting mystical and surreal characters… there are in fact numerous legends that inhabit these green spaces of Carnian sbilfs, nice elves visible only to the eyes of those with a pure heart. Or even fantastic animals that inhabit the waters of the cold lakes: marvelous patches of blue stagnate in the mountains: the artificial Lake of Sauris, which bathes the province of Udine, and mirrors the high peaks of Friuli in its waters; the crystalline Lago del Predis, which leaves room only for the green of the surrounding nature that is reflected in it. 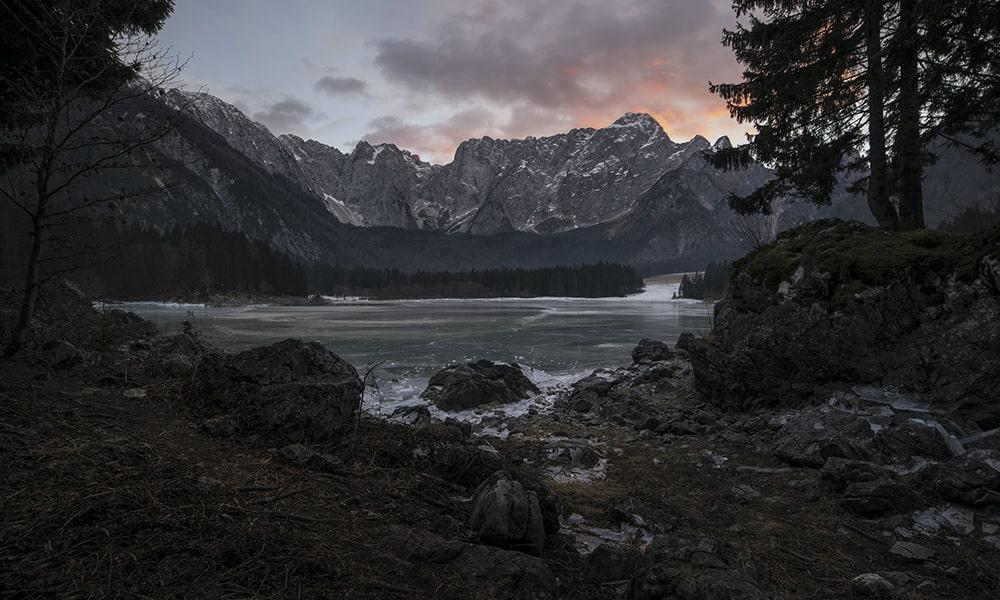 Characteristic mountain inns and trattorias where you can taste all Nordic dishes await guests with joy, with the kindness that distinguishes the locals: it all begins with Prosciutto San Daniele, a variety of raw ham, which can undoubtedly be considered THE ham for excellence, which in fact has its origin there; or the Salam Tal Aset, literally salami cooked in vinegar, a dish for the more daring, but much loved and accompanied by polenta and onion! Then the pasta with barley and beans, risotto and thus we arrive at the Friulian dish par excellence: Friso and Polenta, a dish made with poor ingredients, such as cheese cooked in a pan with onion and potatoes, a dish that allowed a Friulian chef to win Masterchef USA 2013.

Quality wines produced at km 0, among the many the Red Karst, the Glera Karst and the Malvasia Karst, originating from the Karst area, that are loved worldwide thanks to the care and research behind them. Strong flavours that take you through all the processes that preceded them, from the harvesting of the grapes, to the must, to the pressing of the grapes.

Friuli is air to breathe, it is health for the body and mind, it is long walks, hot binges and the lightness that only a good wine can give!

Next
TRENTINO ALTO ADIGE: where the air is crisp but warms the heart.
November 10, 2020
Previous
LAZIO: ancient history, passion and tradition.
October 26, 2020