THE SWEETEST COOKING CLASS IN SICILY.

Teds: Francesco Ippolito
Location: Petralia sottana, Madonie
Date: From July To November 2020
Runtime: Day Trip Experience
Language: Italian English Spanish Deutsch Russian
Dress code: Comfortable clothing, suitable for the season
Experience: Ted Francesco gives the visitor the thrill of preparing the ricotta cream by sinking his hands into it, making the mixture of the zest and frying it with the appropriate shapes, filling the cannoli at the moment and decorating them with candied orange, under the careful guide of a pastry chef from Petralia Sottana. In this way, visitors will be able to retrace the history and deep tradition linked to Sicilian pastry, which certainly offers unique emotions: inhaling the intoxicating scents of sweets then ready to be tasted, and thus savoring the unique essence of the product of their work.
From: 49,00 €

It’s 2020 and Alessia is 45 years old, and as a child she dreamed of being an astronaut. Like many other children, she never became an astronaut. But she has always had another passion: pastry.

It was 1980, she was five years old and already had flour on her hands whenever she could. Her mother had always loved cooking too, but not sweets. She said that it made her sad to prepare them since her mother, Alessia’s grandmother, a renowned pastry chef, was no longer there. Alessia hadn’t even met this famous grandmother, except from the large photos hanging on the kitchen wall: she was chubby, her eyes peeking out from her mussed hair conveyed sweetness, and she always wore a red apron. Alessia loved sweets, and so from an early age she had decided that she had to carry on the art. Her mother, who at first didn’t want to know, gradually softened.

A drawer full of recipes, divided into many sheets, kept in a disorderly fashion, piled up, without any sense. That confusion that tastes of sweets, that tastes of love. That it almost seemed to Alessia that she had the chance to get to know her a little at last. Alessia, now 45, has reproduced all those recipes:

her mother now smiles when she watches her cook cakes, and laughs with pleasure when she adapts her grandmother’s recipes, because she thinks how nice it would be to see them bickering in that kitchen about how much sugar to put in the dough for the cannoli.

Time passes, people pass away, but their love remains and hovers in the little things, in the traditions carried on.

Sicilian tradition is pervaded by past dominations: Greeks, Arabs, Spaniards and many other peoples invaded the territory in ancient times; and the region has preserved characters from the various cultures.

This variety of influences is also present in the cuisine, starting with the pastry: it is said that the cannolo has Saracen origins…

The undisputed king of Sicilian pastry, you cannot leave the island without having tasted it; and tasting it becomes even more meaningful when you make it yourself. 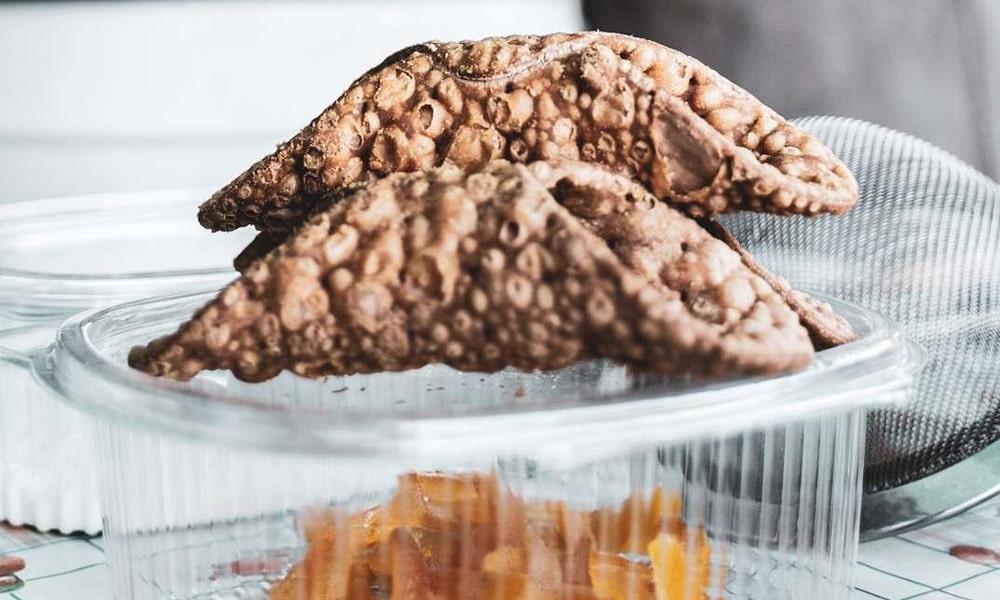 This is why Ted Francesco gives visitors the thrill of preparing the ricotta cream by plunging their hands into it, of making the zest mixture and frying it using the special moulds, of filling the cannoli on the spot and decorating them with orange candy, under the careful guidance of a pastry chef from Petralia Sottana.

In this way, visitors will be able to retrace the history and deep-rooted tradition linked to Sicilian pastry, which surely offers unique emotions: inhaling heady scents of sweets that are then ready to be tasted, and thus savouring the unique essence of the product of one’s work.

Next
OFFICINAL HERBS, DISCOVERING THE NATURE OF MADONIE
July 26, 2020
Previous
A DAY THROUGH THE WAYS OF THE SHEPHERDS
July 24, 2020