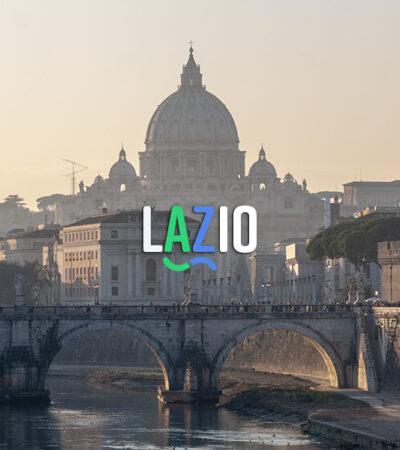 “You will not see anything in the world greater than Rome. ”

Right in the center of the great boot is an ancient region, Lazio, home to brave warriors and the cradle of the Roman Empire.

The region that today is called Lazio has been dominated, plundered, but more than anything it has dominated over the others, and so over the rest of the world. A region known by many, and undoubtedly remembered by all those who have visited it at least once. 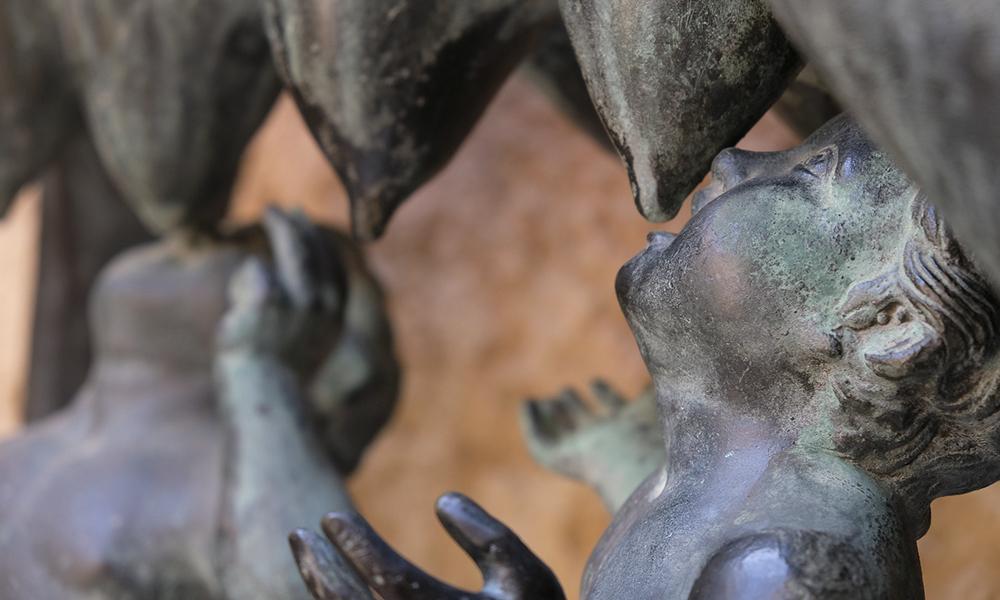 Its origins, the origins of the imposing and majestic Roman Empire, date back to thousands of years ago, when Rea Silva, following the union with Mars, God of War, gave birth to Romulus and Remus. The twins were born in unfortunate conditions, hated by Amulio, who dominated Alba Longa, and were therefore sentenced to death by the latter, but saved by the two in charge of killing them out of pity.  Luck wanted that they were able to grow thanks to the care of a she-wolf, symbol of Rome, who found them in the Tiber and looked after them, until Romulus killed Remus in his youth, thus becoming the first King of Rome in 754 BC.  History pervades it in every corner, in every glimpse. 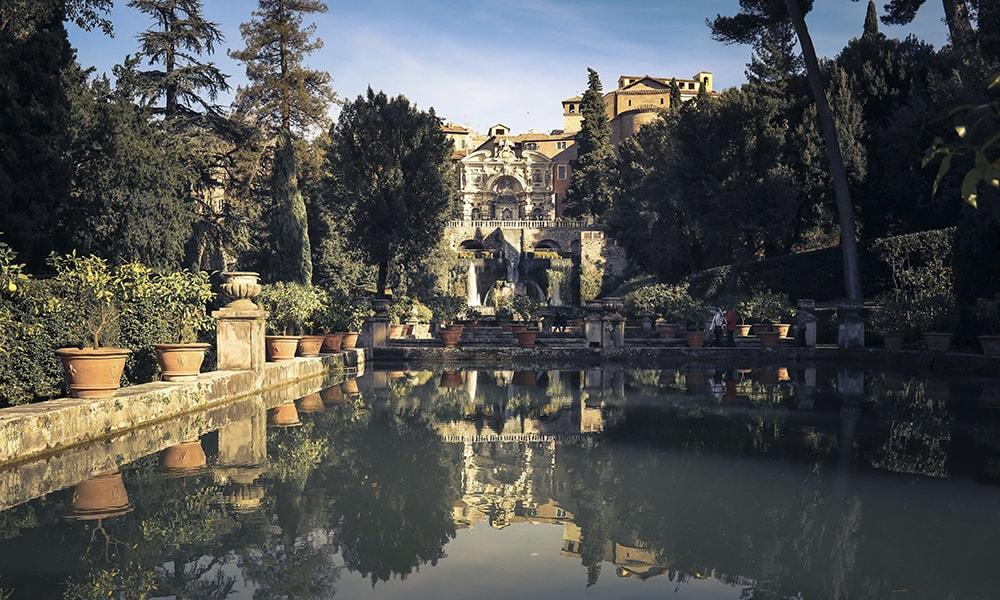 Lazio is all this, but it is also much more. It is Velletri with its historic village surrounded by the greenery of Mount Artemisio and the Castelli Romani Park, an area in which, according to legend, a famous elf would seem to live: “the Lenghelo”, or the elongated one, having a curious, tall and slender appearance. Although some fear him and see him as a figure linked to evil, in reality he would be a playful elf, who loves to tease the people who live in the area, and who is also benevolent in advising those who favor by sympathy with winning lotto numbers.

It is Cerveteri, where it is possible to visit a necropolis, “the necropolis of Banditaccia”, with frescoed pre-Roman tombs, or the “waterfalls” that refresh a clearing behind it … it is Tivoli, with its rich villas: Villa d ‘Este, nominated Unesco heritage, wonderful and dating back to the Renaissance period; Villa Gregoriana, a romantic glimpse between gardens and waterfalls ..; Villa Adriana, an ancient imperial residence. 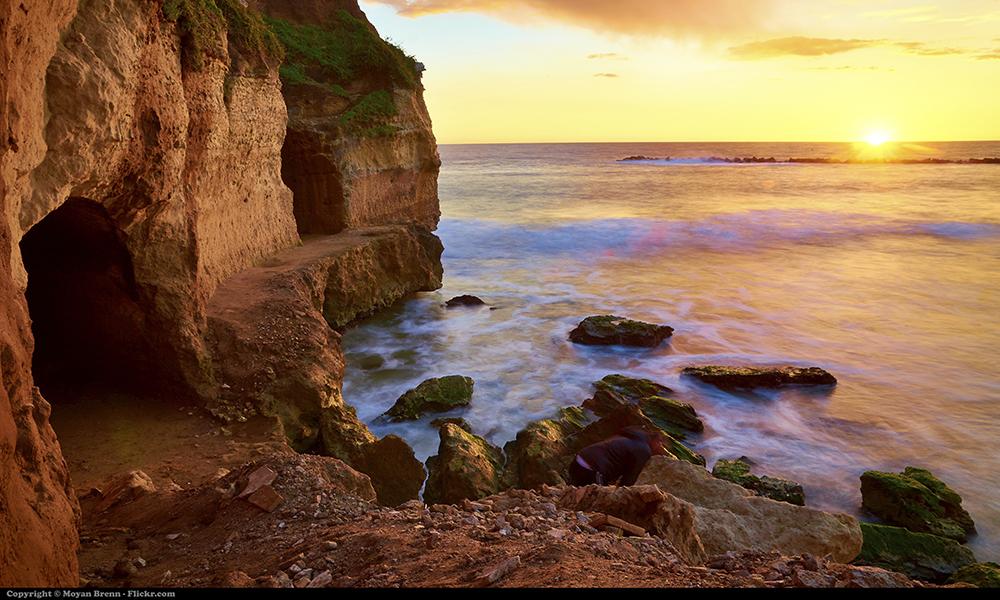 In Lazio then you can find everything … even the sea! In Anzio you can visit the Tor Caldara Nature Reserve, a WWF oasis, which hosts large portions of green natural territory bathed in splendid waters; or the wonderful beach of the “Caves of Nero”, also appreciated thanks to its crystal clear waters. And Latina, Gaeta, Tarquinia and countless other places illuminate it and raise Lazio to a fabulous region, a worthy queen of the rest of Italy. 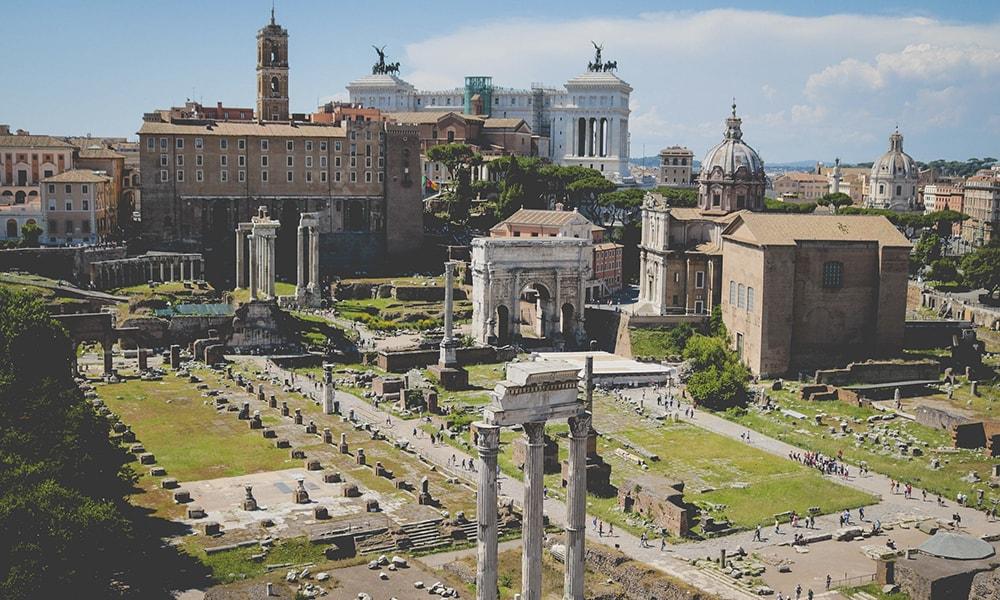 “Rome is the capital of the world! In this place the entire history of the world is linked, and I count on being born a second time, of being truly risen, the day I set foot in Rome. Its beauties have raised me little by little to their height. ”

There is Rome. Rome, the Eternal City, The City. Arrive in the center, and admire the majestic Colosseum, the historic arena where gladiators competed to delight the citizens. One can only be ecstatic, some argue, that sometimes you can still hear the cheering people participate in the show.

Strolling through the streets of Rome absorbed in beauty is what happens to everyone, we do not know what can surprise our eyes the most; palaces, alleys, cobblestones evoke memories and create bonds, transforming themselves into an unstoppable forge of emotions. 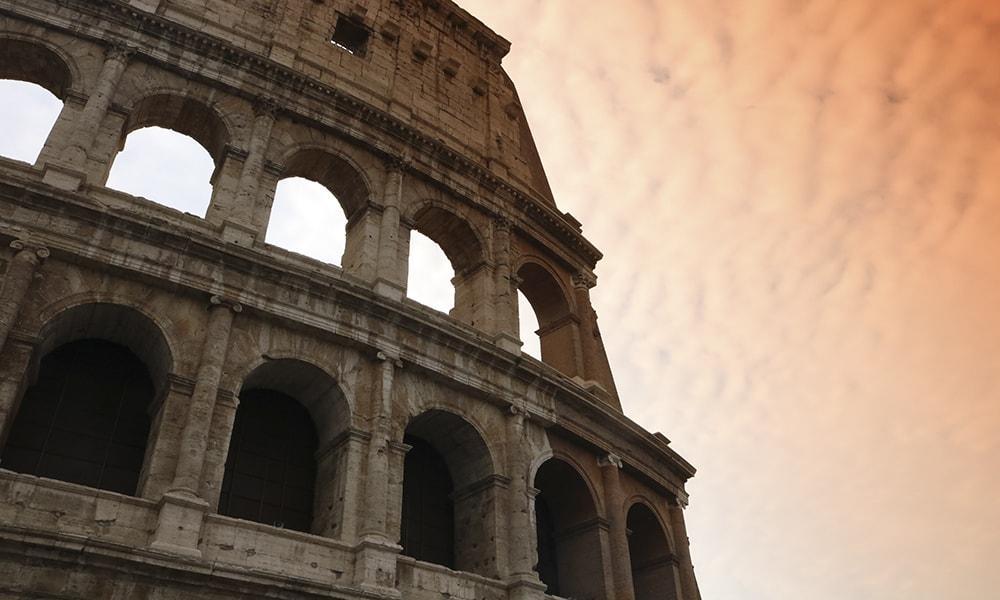 Getting to the Pantheon, still history, so much that one wonders if it is actually possible to appreciate it as it deserves.

Reaching Vatican City, and still greatness, still majesty: it is St. Peter’s Basilica, the largest Christian basilica in the world, from which the pope looks out every Sunday in order to bless the faithful.

And again the Sistine Chapel, which is one of the greatest treasures in the world, and is the only place in the world where it is possible to enter as a Cardinal and leave as Pope. 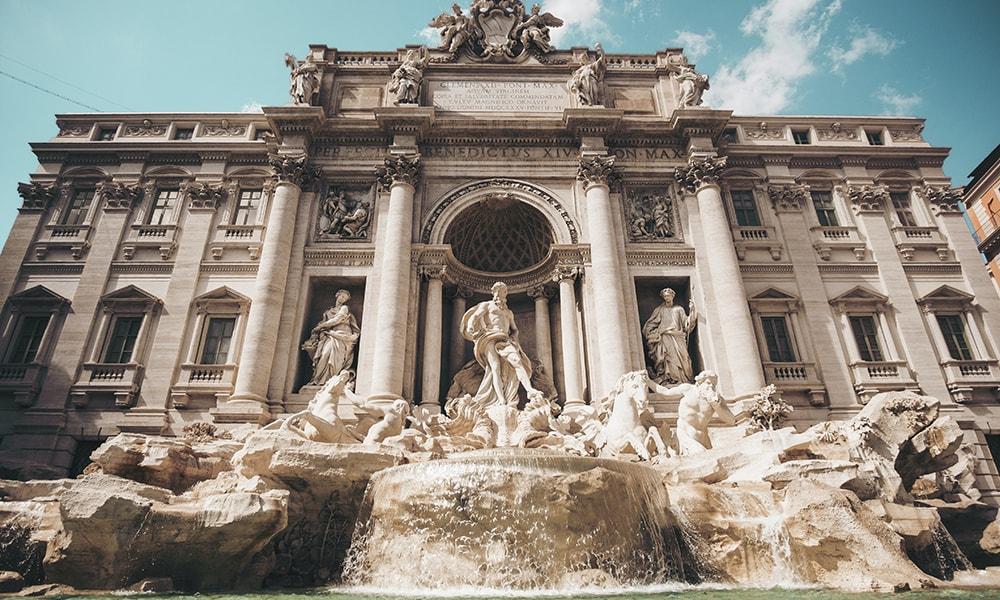 Throwing a coin into the Trevi Fountain, which if you don’t do it almost seems like you haven’t even been to Rome, but also stop and admire it, to think that it dates back to the 1700s, and that it contains the dreams of a bit of everyone.

Rome is going out for a walk and rediscovering history, culture, beauty and art in every corner, without the need to search for it, because that’s how Rome is. Wonderful. It is eternal, flaunting beauty everywhere. 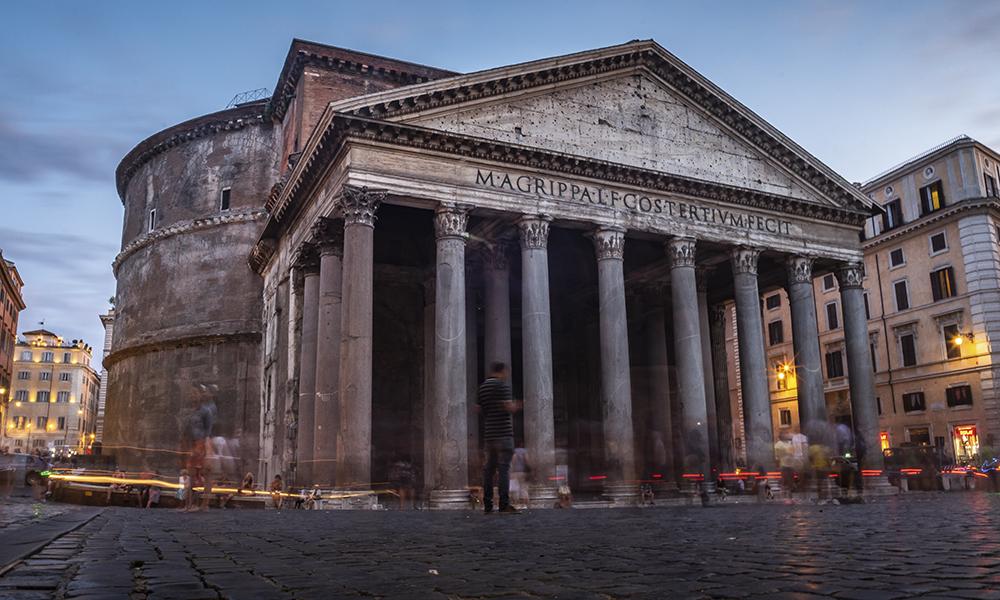 And well, then you can not refuse the question, statistically certain if you are in Rome, of “Se famo du spaghi?” It is good that it is clear to you, dear traveler, that you shouldn’t propose a “Fettuccine all’Alfredo” (perhaps with chicken), don’t even try! Abandon yourself to the explosion of flavors of the beloved carbonara, the first delicacy, or to the delight of tonnarelli cacio e pepe, and what about the bucatini all’amatriciana or the rigatoni alla “gricia”, free to choose, they are all delicious and give you energy of a Gladiator! 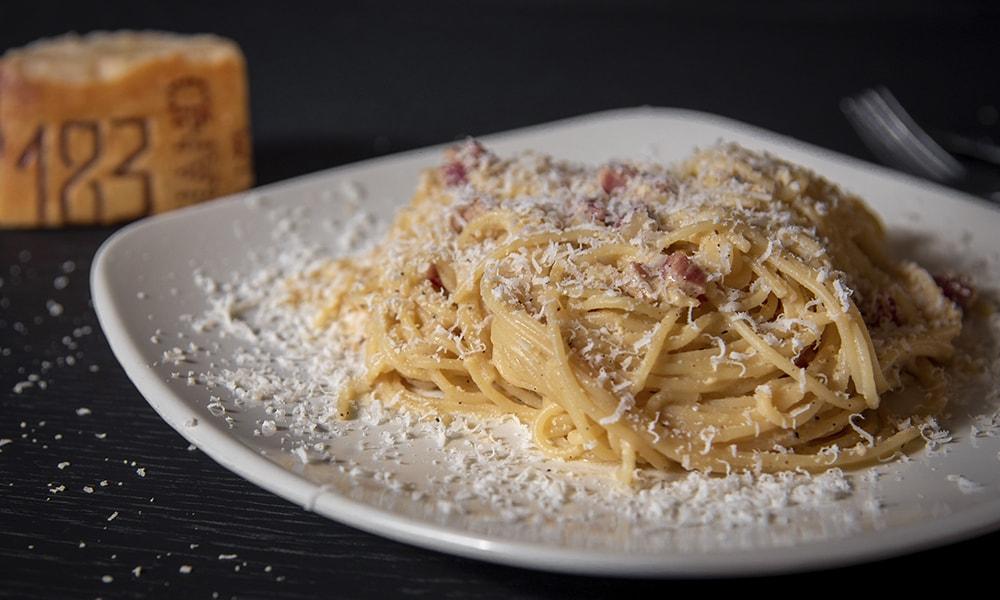 And before you know it, we find ourselves at a table laden with saltimbocca, a delicious main course consisting of veal slices, raw ham and sage; and artichokes alla giudia and alla romana; supplì, fried zucchini flowers and so on and so forth! All strictly accompanied by carafes of red wine, from Cannellino to Cesanese. What matters is that after a fabulous lunch like this you don’t try to invite your guests to tour the city with you, the “Pennichella” is sacred!