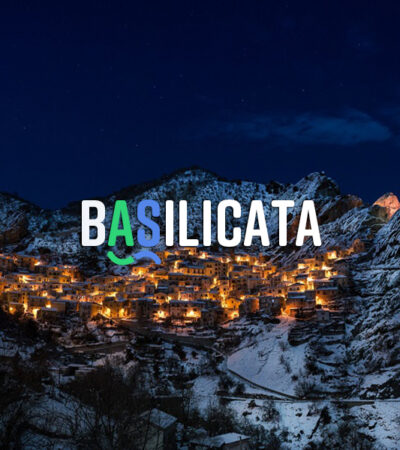 “Basilicata is a region with vast horizons and profound silences, where green pastures contrast with the yellow expanses of wheat. Where the landscape has its own nostalgic and harsh beauty, with places still unchanged that seem to have been forgotten by time. “
(Andrea Cerreteli) 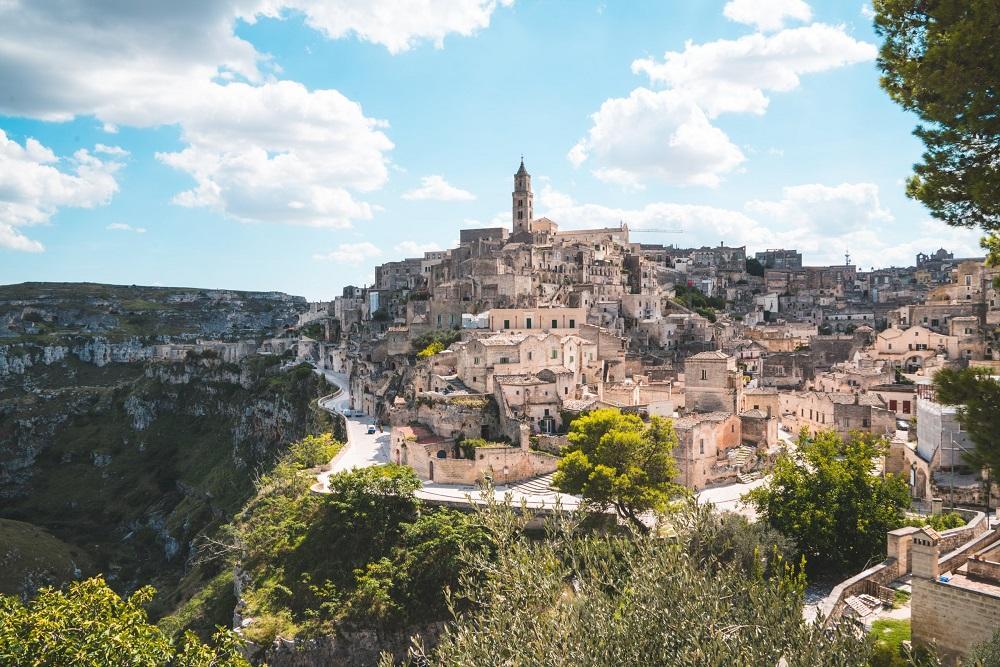 Formerly called Lucania, from “lucus” for its woods, Basilicata is a mysterious region, so much so that none of its visitors can escape the enchantment. Characterized by the variety of landscapes it offers, large parks, protected reserves such as the Pollino, the largest in the Italian territory, fields, mountains, it is a triumph of biodiversity, where it is easy to meet wolves, roe deer, foxes, hedgehogs and many other animals…all framed by some of the highest peaks in Southern Italy.

Basilicata represents in the Italian territory one of the naturalistic realities that has been least affected (being semi-unknown) by the physiological “pollution of the tourist flow”, typical of the most traveled areas.

Basilicata thus maintains all its genuine beauty.
The reflection of this pure and enchanted nature also shines through in the legends of popular tradition; among these, one of the best known is that of the “Monachicchio” with a child as the protagonist, who will remain so forever, a small Peter Pan from Lucania. 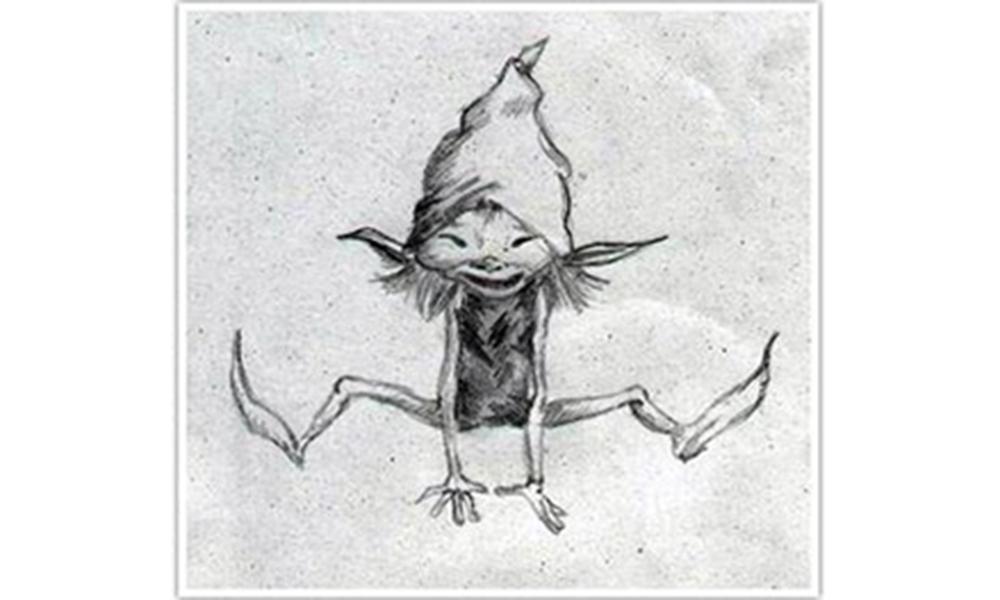 In fact, legend has it that the sprite of a dead child wanders around Lucania even before being baptized. The child would roam the region, annoying its older inhabitants with various mischief and stopping to play with the younger ones. He runs after Lucan children and always carries with him “u cuppulicchi”, a hat where he keeps gold coins. After spending the days and sometimes even the nights playing and annoying adults as he sees fit, for example, by tying the tails of animals, or tickling
who sleeps, or again, whispering words in the ears of the beautiful girls, he retires to his cave, among the Lucanian expanses, where he hides a great treasure.

Whoever tells of the sprite does it with affection, the “monachicchio” has been adopted by the whole community, he is the most mischievous son and perhaps so much loved for this reason. “(…) very small, happy, aerial beings, run here and there, and their greatest pleasure is to do all sorts of teasing to Christians. They tickle underfoot … pinch … and whistle like mosquitoes. But they are innocent: their ailments are not serious, they always have the appearance of a game (…) “(Carlo Levi in” Christ stopped at Eboli “). 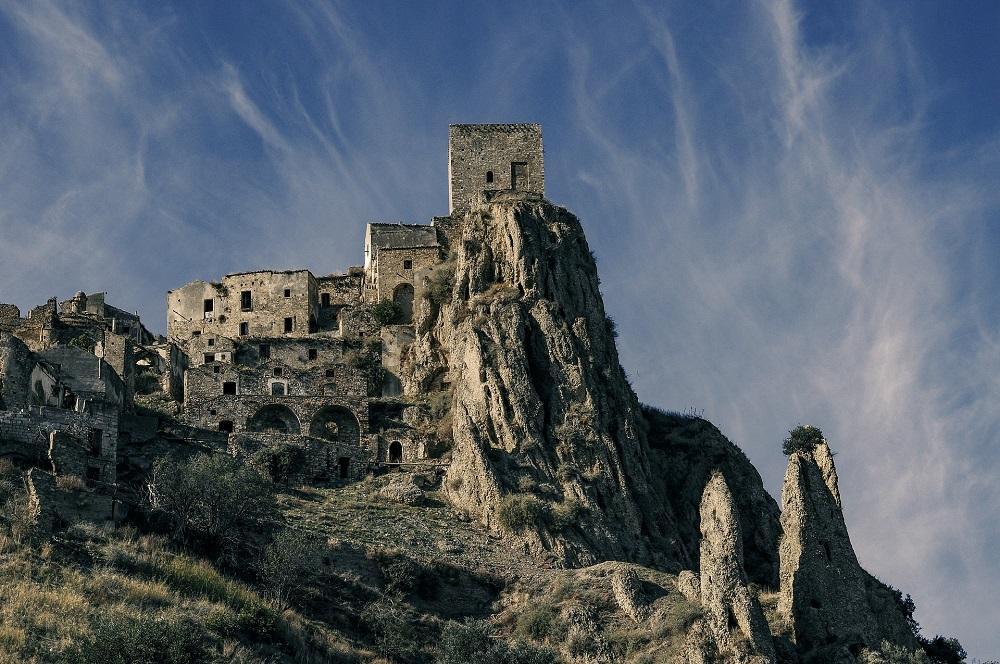 It is a region rich in sceneries and landscapes that arouse amazement and contrasting emotions, not only wonderful parks, but also villages overlooking the hills, from Craso the ghost town to Vulture surrounded by the Monticchio lakes and the San Fele waterfalls.

And then the city of Matera, known throughout the world. Located in a rocky outcrop, it is famous for its “stones”, that is, two neighborhoods obtained through a particular form of rock architecture, designated as Unesco heritage and defined as real cultural landscapes. Matera did not go unnoticed to movie stars, so much so that, rather than choosing it as a background, they hired it in the role of “almost co-protagonist”, like in the masterpiece “The Passion of Christ“, by Mel Gibson, shot right there, or as for “The Gospel according to St. Matthew” by Pasolini, shot between the Sassi of Matera and the Castle of Lagopesole, the ancient residence of Manfredi of Svevia. 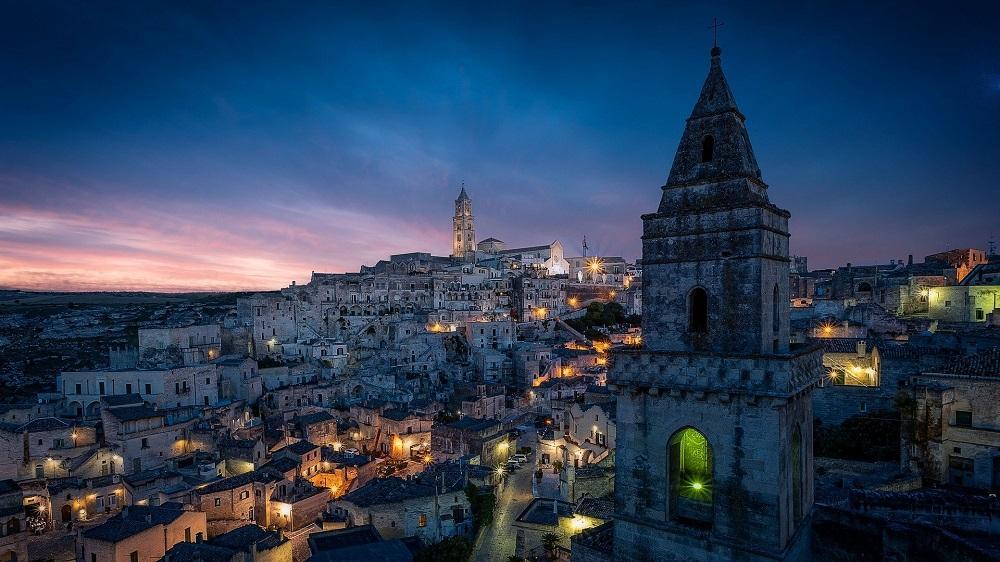 It is precisely the Castle of Lagopesole where the spirit of Manfredi di Svevia’s wife, the beautiful Elena Degli Angeli, is said to still circulate. Once again, a spirit that, although detached from the body, cannot do without Basilicata, which is comparable to a corner of paradise (an element to take into consideration when choosing the destination for your next trip).

Basilicata is not only green as far as the eye can see, being bathed by the Tyrrhenian and Ionian seas is tinged with blue and between a dive in Maratea and one in Metaponto we are one step away from classical culture, In Metaponto itself, it is possible to visit some priceless archaeological sites from Magna Graecia. 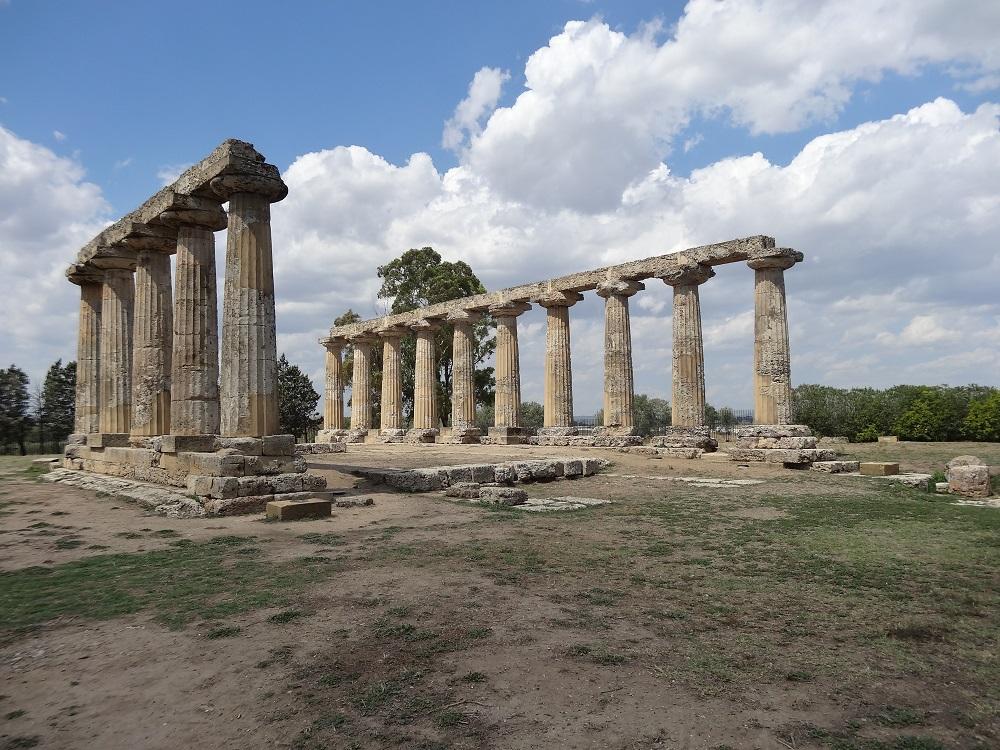 Knowing all these wonders and living the experiences that the Lucanian territory offers involves a considerable caloric expenditure; it is certain that there is no risk of returning home emaciated, on the contrary; the culinary tradition of Basilicata offers a variety of dishes and food and wine excellence and quality brands for all tastes. Caciocavallo Silano PDO is an unmissable goodness, as are the Fusilli al ferretto with cacioricotta and ‘cruschi’ peppers, of these do not miss the recipe, better still, learn how to prepare fusilli al ferretto and remember to let you reveal the secret of “cruschi” peppers, crunchy peppers like chips.

This is where pasta is still homemade: cavatelli, orecchiette and lagane, also known as the “brigand’s dish”. Each dish contains a pinch of tradition: peasant-style lamb, tasty or pan-fried; long married lazucca, ciambotta lucana, cod avigliano and panzerotti.

It is tradition and pristine beauty that are preserved over time. The stories they tell of spirits that still roam there are many, and perhaps precisely because it is a place where the ancient does not lose its value; where the ancient is authentic and must not change. It gives out culture wherever you walk and wherever you admire its beauty. It is original precisely because it has remained unchanged, as it was born.