LIGURIA: the region of water … and love! 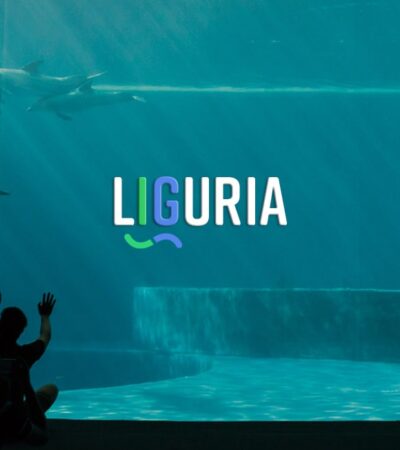 Liguria offers so much, too much, not to be visited and then loved.

It is a place full of wonders and possibilities such as that of visiting the famous aquarium of Genoa, which at the time of its opening was the largest in Europe, where you can find an atmosphere that satisfies young and old thanks to the amount of animals it houses, over 15,000, and to its variety with 400 different species.

From the aquarium to the sea, Liguria is a region strongly linked to the aquatic element.

It is no coincidence that it is the home of one of the most well-known navigators and explorers in the world: Christopher Columbus, born in the Republic of Genoa in the 15th century. It hosts well-known landscapes and places thanks to its splendid waters, such as the “Cinque Terre“, declared Unesco heritage, or five seaside villages that dominate, bordering each other, about ten kilometers of coasts: Monterosso, Vernazza, Corniglia, Manarola and Rio Maggiore. 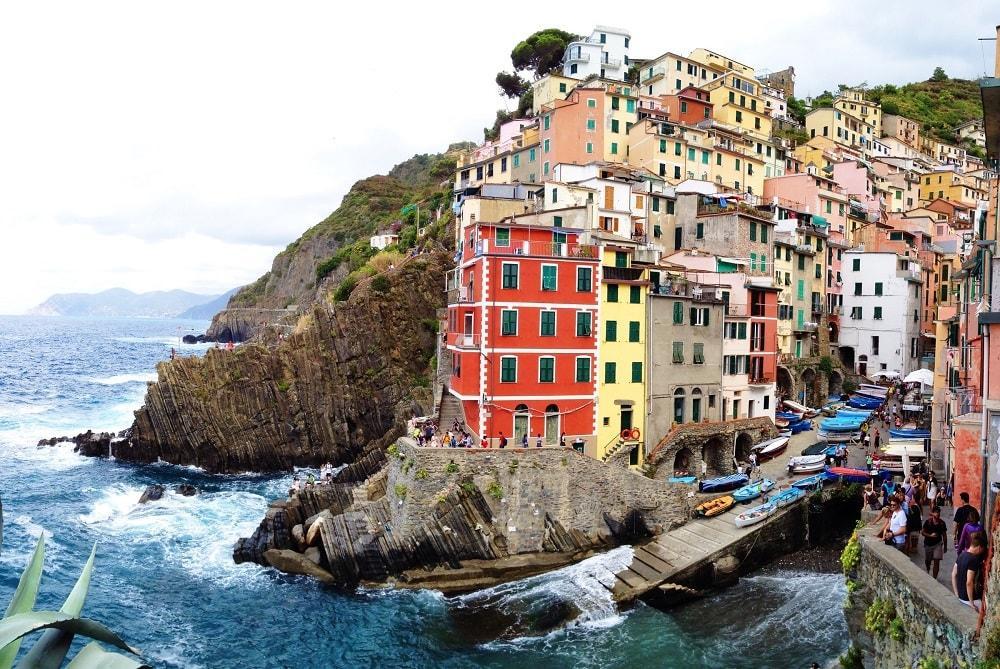 Joining Manarola and Rio Maggiore is the Via dell’Amore, a wonderful path from which it is possible to enjoy the wonderful sunsets that this enchanted place offers during a walk along the road, which offers a splendid view of the sea throughout its duration. But Liguria is not only limited to the Cinque Terre, even if they are the most famous areas.

As if all the wonders of its coasts were not enough, well it is possible to admire an amazing work even underwater. If you go down to seventeen meters deep in the marine waters between San Fruttuoso and Portofino you can admire the “Christ in the Abyss”, a statue placed in the abyss in 1954 that still stands majestically today providing suggestive emotions to those who are curious. 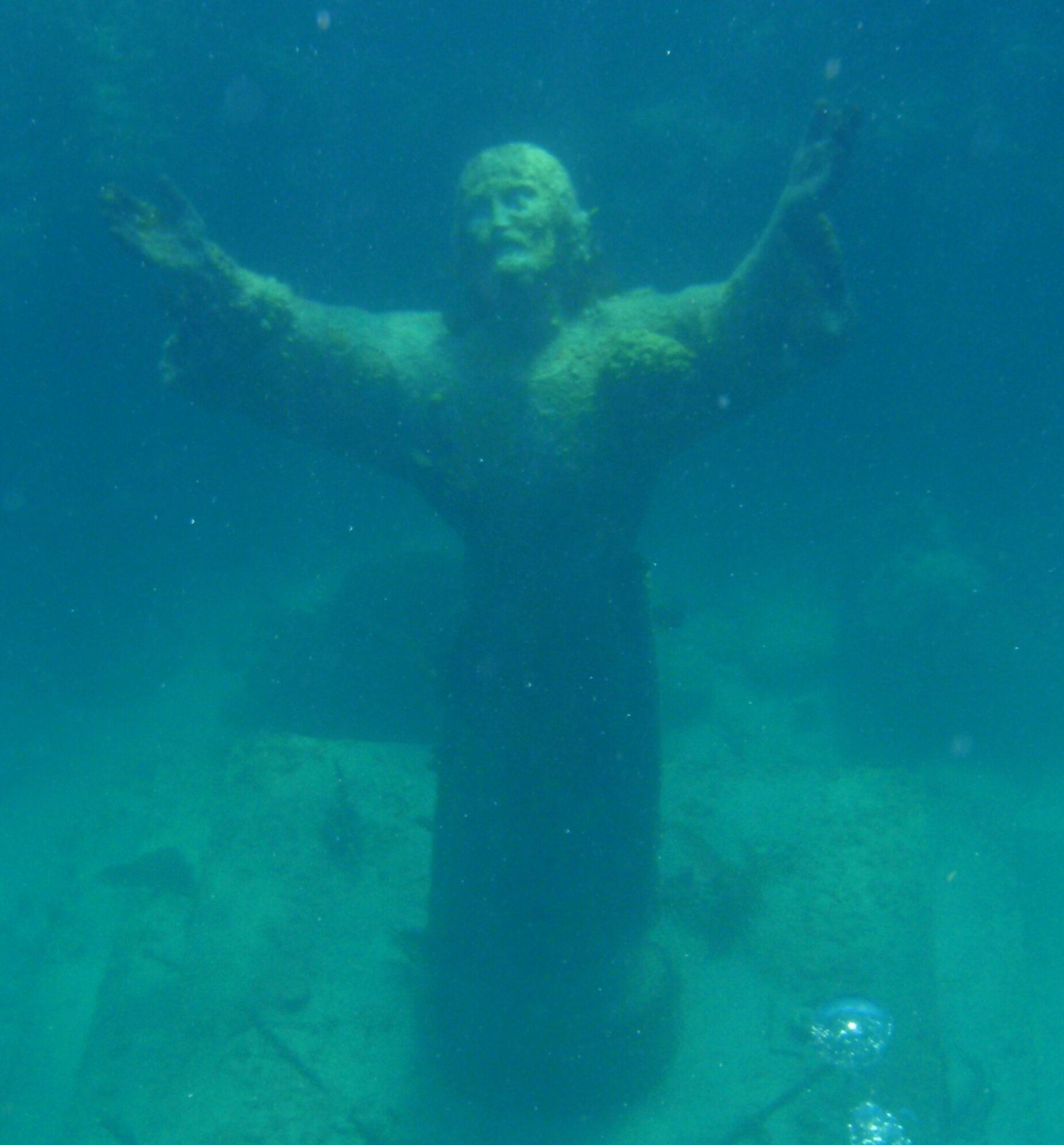 Always adored by tourists thanks to the characteristic villages that overlook the bays with their colorful houses, it offers unique panoramas of their kind and in many of its locations a particularly romantic atmosphere is perceived.

There is Sestri Levante, where it is possible to admire two different bays: the Baia del Silenzio and the Baia delle Favole. In Porto Venere and Alassio there are glimpses and stories that have made them known as cities of lovers.

We move from the most attractive towns for social life, such as Portofino, an elegant town that attracts famous people for their holidays since ever, as well as tourists fascinated by the splendid sea, to the more traditional and characteristic ones such as Taggia, which houses a medieval village and a tower dating back to the 16th century.

It is a superlative destination for traveling. You can visit its major city, Genoa, getting lost in the streets of the center that intertwine with each other telling mysterious stories such as that of the old woman of Vico dei Librai, who would seem to persistently search for her home,
asking for information from passers-by and then disappearing in nothingness, but alas not finding any answer since her home was located in a street razed to the ground with a bombing dating back to World War II ….; just as you can spend unique moments thanks to the lovable glimpses of nature that it gives to the most curious …

And it is certain that even at the table, where the love of the Ligurians for their sea is reflected, one cannot be disappointed … like the other Italian regions in fact Liguria offers a wide choice of typical and traditional dishes. Land dishes, seafood dishes in which the Ligurians are true masters .. from ligurian rabbit to stockfish; from cuttlefish to red mullet; from the “Cima alla Genovese“, mentioned by De Andrè in the famous song “A cimma”; to Panera and Canestrelli to sweeten everything.

Motherland of the version of the “Genoese” pesto, whose main ingredient is the DOP basil, that goes  along perfectly with the original recipe with pine nuts, garlic, salt, oil, parmesan and pecorino cheese using only a mortar and a lot of elbow grease . It also hosts the mortar pesto world championship every two years. However, pesto should always be accompanied by fresh trofie. 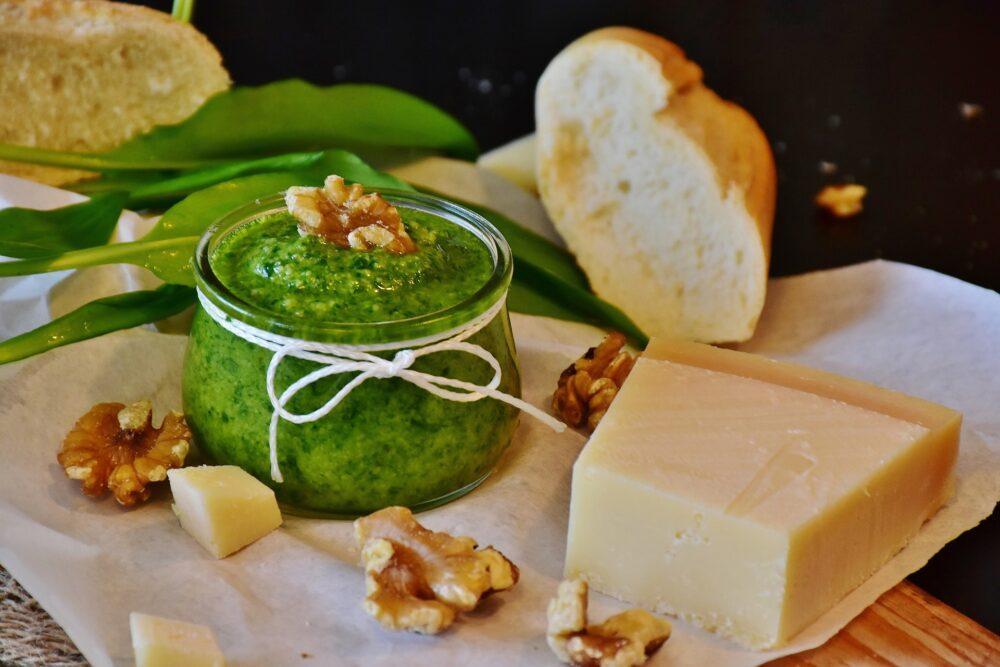 Rich in raw materials like extra virgin olive oil made with Ligurian olives, the cuisine of the region is very tasty and genuine, thus mirroring its land.

There are many stereotypes that have been ascribed over time to the Ligurians … certainly there is no denying that they are a jealous people of their land … and how to blame them! But always happy to make it known and share it with those who choose it as a destination for their travels. (Well as long as you don’t think about not bringing with you that extra penny that could be expected in your bill, it seems that they don’t overlook that !) 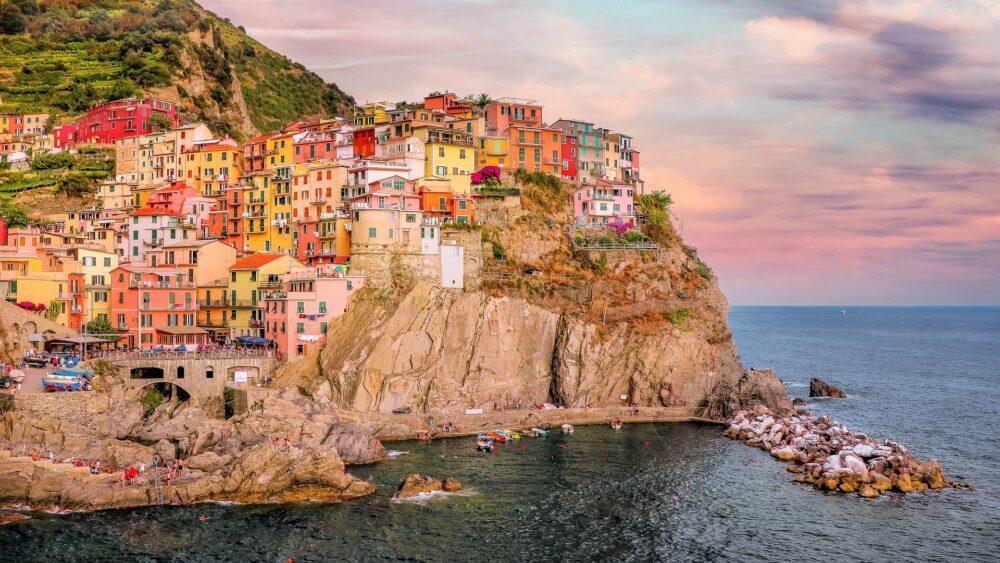 “Liguria in summer, is the smell of basil, the heat, the light that slips through the window, the olive trees lined up like thoughts, the sea that dresses everything blue.”
(Fabrizio Caramagna).