THE LEGEND OF THE SEVEN FAIRIES.

The district of Ballarò, where the homonymous market is located, has a very special charm.

It happens to be there and immediately immerse yourself in a picturesque dimension, which smells of ancient, of authentic.

In this full-color painting, curious and mysterious stories are set, such as that of the Seven Fairies, which would take place precisely at Piazzetta Sette Fate, in front of the Monastery of Santa Chiara.

It is said that seven women gathered here every night, endowed with the most varied skills, good in every art and extremely beautiful.

We wondered for a long time if they were human or witches, given their particular powers ..

The seven fairies brought with them, in the nights in Ballarò, sometimes men and sometimes women, now to do good, showing them their singing skills, dancing with them, making them visit hidden places and live special experiences; sometimes to do harm, punishing those who, having carried out unbecoming behaviors, deserved to find punishment.

It is assumed that they were commissioned to carry out these roles by a mother, who instead resided in Messina.

Despite the mysterious aura that surrounds the legend, there is nothing to fear, and for this reason many did not hold back in visiting the place at night in the hope of meeting them …. As long as there is no wrong behavior, and punishment is feared!

The experience of visiting a Sicilian market, of crossing the historic alleys in which it takes shape, of being amazed by the rainbow of colors that it offers among its fruits and typical banquets, is undoubtedly difficult to be forgotten. The smells of bread and “panelle“, of “stigghiole“, of orange juice, the beauty of candied fruit on cannoli, the red of Mazara prawns. But if it wasn’t enough to keep the olfactory and visual memories impressed in the mind, what is actually more engaging is what you can hear in these picturesque markets.

Without too much effort, it will be possible to hear the voices of the sellers, their “abbannìo”, with which they attract customers to their stalls. Voices that call to themselves, voices that actually become almost songs. Beauty is not only in what is sold, but also in those who sell it with passion. 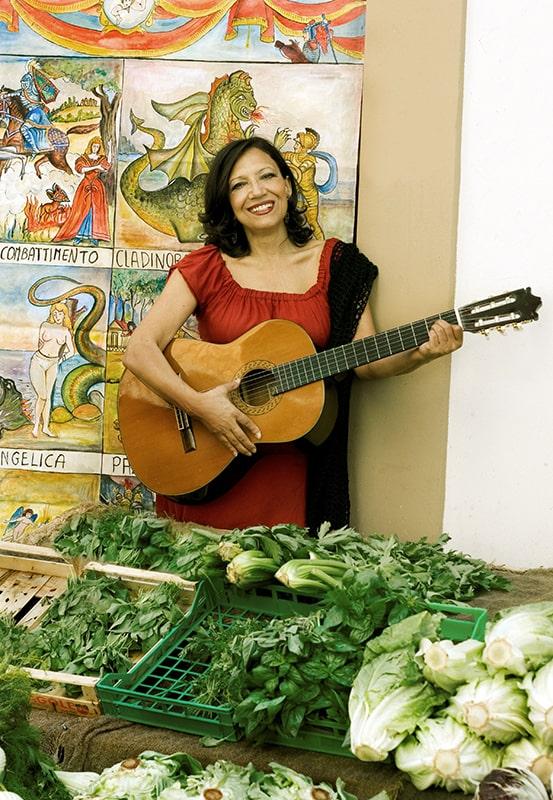 TED Sara Cappello, sings and enchants, tells of the popular tradition of the protagonists of the wonderful markets in Palermo, describing their fantastic stories and ancient and contemporary uses. A dive into the colors, scents and flavors of Palermo, with Sara Cappello, its storyteller, an experience with a vibrant soul, one that will then be remembered forever.

Next
CAMPANIA: the region to observe, listen to, smell… and why not? To taste!
March 5, 2021
Previous
WALKING AMONG THE STRAWBERRIES
January 25, 2021