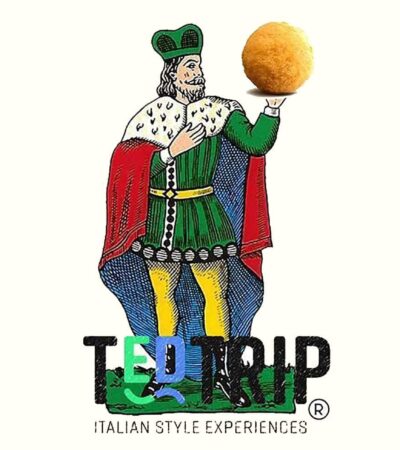 Teds: Gianluca Interrante
Location: Sciacca
Date: Year round
Runtime: Short Experience
3 hours
Language: English
Experience: Thanks to this "tasty" experience, the guests will follow TED Gianluca in the preparation of traditional Sicilian dishes and "street food", then enjoy them in a convivial lunch.
From: 71 €

THE LIGHT IS IN MANY SMALL AND BIG THINGS.

<< Do you know the happiness of admiring the bright sun in the blue sky?>>

The serenity it prvides. A large red fireball should scare, and instead reassures. Light up everything, every day. It stands out there, round in the middle of the blue, and during the day it approaches and moves away. Here, everyone is grateful to the sun, even if they don’t know it, or they don’t notice it; and whoever is not, certainly should be. There is one thing, however, that for Sicilians is comparable to this wonderful natural routine.

will ask anyone who reads or hears such a thing, how is it possible that there is something even comparable to the sun? Well, at this point it is necessary, in order to understand such a thing, to empty the mind. You have to travel to Sicily, and walk the streets of its markets, its historic centers. Here then, you will begin to hear the noises of the street. And then you will listen. After hearing, sight: colors everywhere, simplicity, majesty. But at a certain point, the other senses will be overwhelmed by the sense of smell: citrus scents, but also of fresh fish, and then frying: panelle, crocchè, arancine.

So: for a Palermitan, an arancina is a huge marvelous ball of fire. It enchants them every time. The same goes for the people of Catania, even if it is male for them ( arancino! ). Biting into that artistic and crunchy external breading, discovering the inside, butter or meat, it does not matter, you find yourself comforted, and then another bite and you end up being happy. With a boiling heart, it rolls golden and greasy …

The sun gives light, the arancina too. Everyone finds it in the things they love. Light is everywhere.

The classics of Sicilian cuisine prepared with fresh ingredients, their historical origins and how they came to us. Walking through the streets of the Sicilian towns you can taste unique and incomparable dishes..: arancine, panelle and sfincione, three rich foods with origins that were born in the period the of Arab domination in Sicily.. 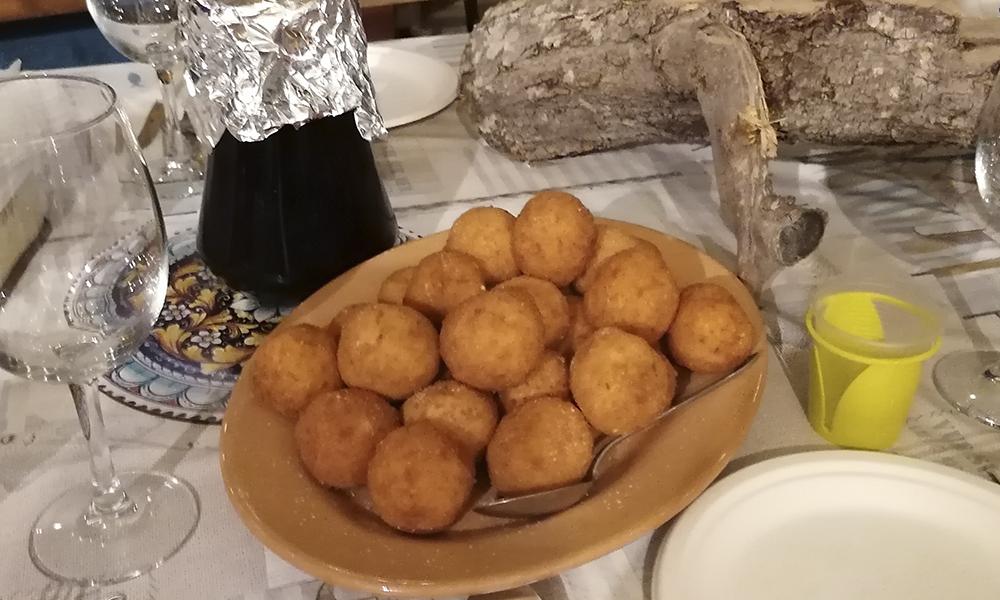 Arancine, so called because they recall the shape of oranges, created for a sporty sheikh who loves rice. The sfincione, the tall and light pizza covered with fresh tomato sauce and other Sicilian ingredients. Panelle, queens of Palermo Street food, of remote origin but documented starting from the Romans, made with the use of chickpea flour, formerly also known as ‘the piscipaneddi’, the alternative to the
unattainable frying of fish that the people couldn’t afford. 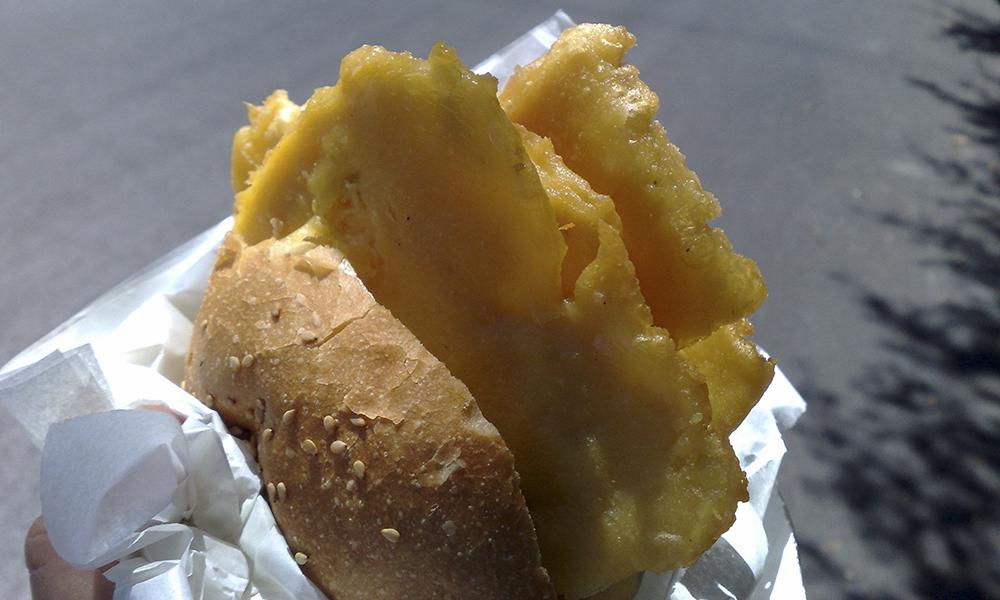 The chef will reveal the secrets and techniques behind these historic foods, which a good Sicilian does not give up easily, in a special cooking experience that will make guests travel through time and traditions. At the end of the production process, each guest obviously has the opportunity to taste their creations, between a glass of wine and the original street food, which will make anyone feel truly Sicilian!

more
Next
WALKING AMONG THE STRAWBERRIES
January 25, 2021
Previous
A JOURNEY AMONG THE FLAVORS OF SCIACCA.
January 12, 2021