Lombardy: between antiquity and innovation 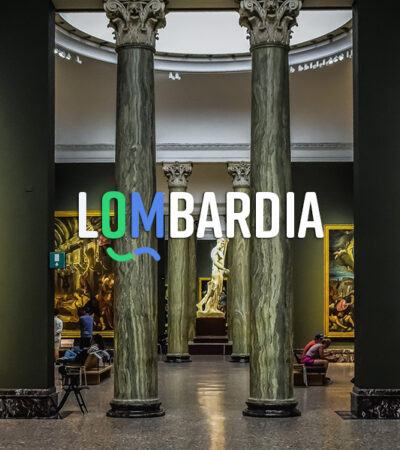 “At dusk, when everything seems to doze off, and the music of the vespers bells comes pouring out on the water, one can almost believe that in no other place than Lake Como can such a paradise of quiet rest be found.” 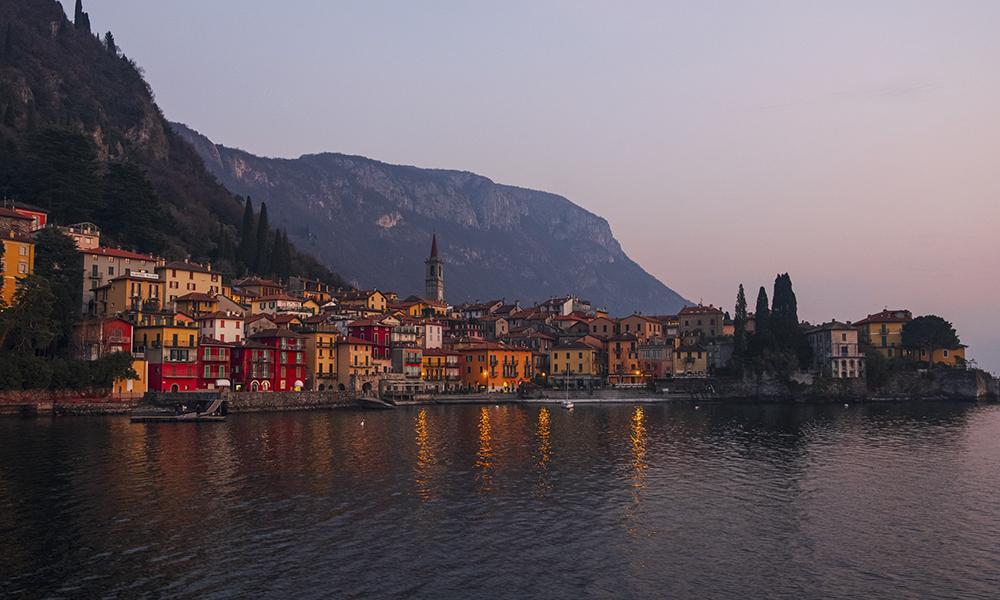 Lombardy is tradition and innovation at the same time.

Milan is modern, but also history is to be found. It is a breath of fresh air on Lake Garda, with Mantua behind it, or on Lake Como, as told by Manzoni in the ‘Promessi Sposi’ in a poetic but completely truthful way. It is nature, but also big cities. It is large, crowded, lively, majestic squares.

Bergamo, which retains its historic center unchanged, with Piazza Mercato delle Scarpe, formerly used for the function of the same name; with Piazza Vecchia, a wonderful location … And Piazza della Loggia in Brescia is no exception, with the astronomical clock tower with the Macc de Le Ure on top, statues representing “the madmen of the hours”.

In Como you can breathe a poetic, peaceful air, almost like a postcard. Rich in splendid views, such as that offered by Villa Olmo, or by suggestive 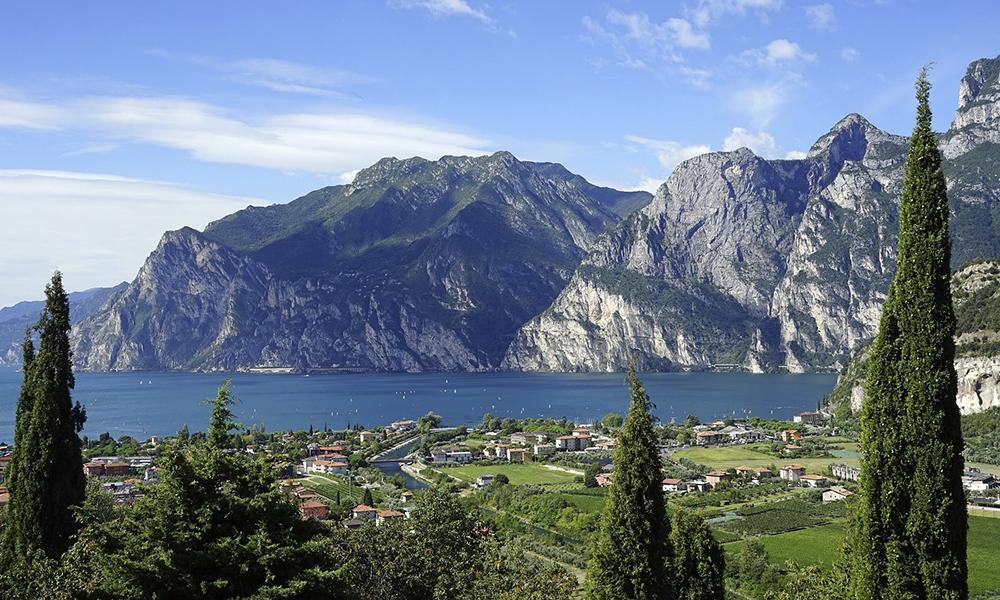 monuments such as the Basilica of Sant’Abbondio…The lake has always been loved by many, so much so that George Clooney, and in the past also Gianni Versace, owns a villa that stands on its shores.

A favorite destination for boat trips or water sports, it is therefore not only glamorous, but also fun! For those who love the well-known Manzoni novel, it is possible to visit all the places in which it is set: Lecco, Pescarenico, Bergamo … 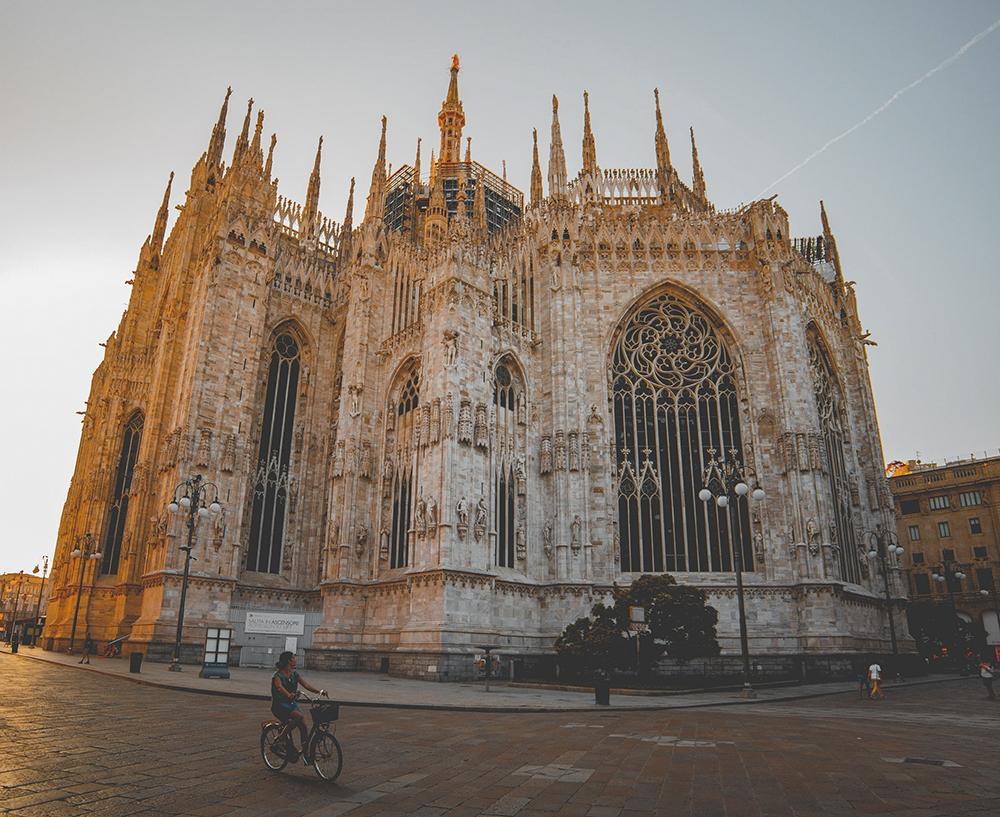 And Monza, with one of the largest fenced parks in Europe … green as far as the eye can see.

It’s nature: blue of the lakes, green of the woods, red of the unique sunsets it offers … Lombardy is emotion.

But it is also a metropolis. It is the Milan Duomo that stands majestically … and which is the place of mysterious events, such as that of Carlina’s ghost. The girl, now dead for many years, would continue to take part in the weddings of young people that take place at the Duomo … with a black wedding dress, like it was used in ancient Como. It is said that she was also photographed during the ceremonies .. And In fact, Carlina was also a young betrothed, who died mysteriously, but did not take her soul with her, which still wanders around Milan.

Milan is elegant, that old chic sciura, passionate about fashion, hardworking, who makes an aperitif and speaks English perfectly.

It is the Sforza castle, an ancient medieval fortress. It is the Pinacoteca di Brera, which houses fascinating artistic works. It is the Teatro alla Scala, one of the most prestigious in the world. It is lively, cheerful, full of life, young people, museums, trendy restaurants and places to eat unique and elegant dishes. Crossed by very cold autumns and winters, its cuisine is perfect in the same climate. 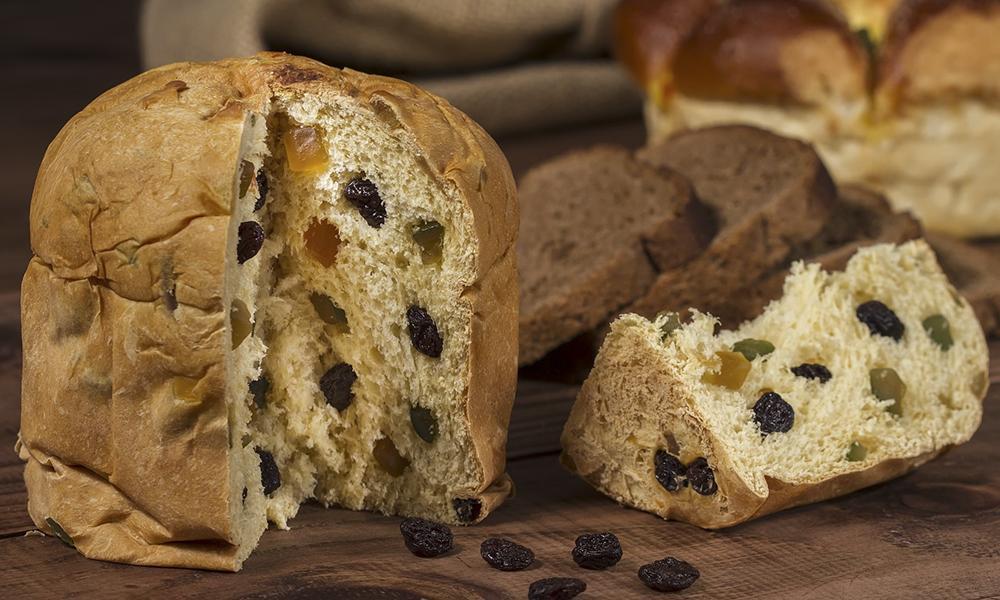 First of all the dishes, the Milanese risotto is never missing, a lively yellow thanks to its main ingredient: saffron…a simple dish, but certainly very tasty! Another speciality is the Cassoeula, which was born a long time ago, as a poor dish, as it is mainly made out of the less noble pieces of pork combined with cabbage … in short, a dish that is not eaten every day!

And then the polenta, the Milanese cutlet, and to top it all off a nice nougat or, if at Christmas time, even a panettone, which finds its origins in Lombardy.

And then there’s polenta, cotoletta alla milanese, and to round it all off a nice torrone or, if it’s Christmas time, panettone, which has its origins in Lombardy. And well, don’t let the Lombards know if you’re a slacker, or they’ll think you’re a ‘pirla’, because they work all day long!

Next
DISCOVERING THE BANKS OF THE PLATANI RIVER
September 7, 2020
Previous
Veneto: Region of Love
August 28, 2020