THE VIRTUOUS AND THE SINS OF THROAT. 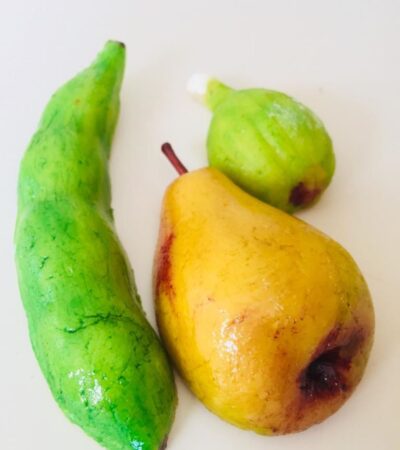 “My name is Sister Maria Carmela, but I was not born with that name, that’s my name since I was born a second time, after my entry into the Convent of the Reepentite.

At the time I had been baptized with the name of Leonarda Nicotra and I had almost forgotten it because no one had ever called me that, but it was reported on that document that certifies the legacy of all my possessions to the convent.

At one time, for all of Palermo I was just a sinner, one of the most appreciated and requested, but still a prostitute. For 20 years my hands have smelled like almost any gentleman and not that he was just passing through Palermo. Today, here at the cloistered monastery my hands emanate an intense perfume of almonds and honey.

We Sisters in God’s Grace are committed according to our abilities and possibilities, for example the little Sister Maria Benedetta did not receive many blessings at birth, she is sicca sicca, she walks with difficulty because her right leg is shorter than other, but her little hands are exceptional, a true gift from God: they are able to produce perfect Martorana Fruits. I am sure that her father too would be amazed, he who destined her to this life as soon as she became a young lady, precisely because she was crippled and so it would have been difficult to marry her as she was.

Sister Maria Giovanna takes care of the oven, she even splits all the wood, in my opinion she doesn’t like being here so much, but it’s over because she didn’t want a male, and since the family was ashamed preferred a Nun daughter rather than an inverted one. I, who have known the world very often, often notice the glances that are exchanged with Sister Maria Caterina … amuri, biddizzi and dinars on tri so ca un si ponnu ammucciari … from how every now and then they touch their hands while passing some cassata pan to bake.

Nor the ricchizzi si ponnu ammucciari, Sister Maria Caterina is a Valguarnera of the descendants of the princes, not even she seems so happy to be here, but what could she do, she is the third daughter of her father and that Christian could not divide again the dowry for her as well; and then she married her to Our Lord. “

The experience will begin with a guided tour in the Quattro Canti area, in the historic center of Palermo, to then reach Piazza Pretoria, where you can listen to the story of Ted Giusi about the cloistered nuns of the place, which is said to have been the architects of the damage to the statues of the square due to nudity.

We will then continue to Piazza Bellini, where we will take part in a guided tour of the Monastery of Santa Caterina D’Alessandria, and then we will stop for a short coffee break, and then resume the walk towards the crypt of the Reepentite.

Passing through the Ballarò market, you will finally reach the B&B Ballarooms, where there will be rich dishes waiting for the guests so they can take part in a Brunch (Sicilian style!).

Afterwards, they will take part in a cooking class with Giusi, who among stories about Sicilian pastry and her passion for cooking, will follow them in the preparation of the characteristic Martorana Fruit, which each guest can then take with them as a sweet souvenir.

Ted will also deliver to each traveler the certificate of “Ambassador of Sicilian Confectionery Art” and the personalized apron used for the preparation!