IN SEARCH OF THE HIDDEN TREASURE: THE TIBERIAN GORGES 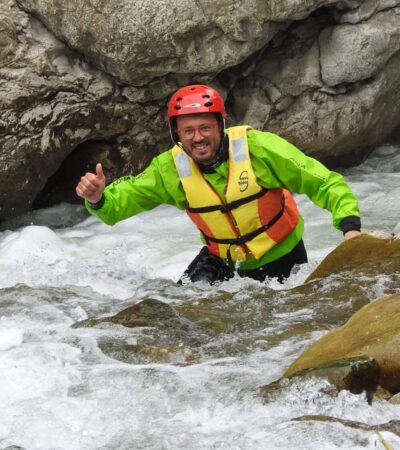 There is a cave hidden among the rocks overlooking the Gorges of the Tiberius, which everyone knows but no one enters ..

It is said that inside there is a treasure, the “Treasure of the Brigands”, as the locals call it, safely stored in the hollow by ancient outlaws, who blindfolded anyone who came with them to the place to keep it hidden.

And considering the huge loot it would seem curious that no one has decided to look for it ..

However, when you learn the reason for this fear, it is clear why no one wants to open that Pandora’s box.

In fact, it is said that the cave is subject to the curse of the “Truatura”, wanted by the brigands who hid the treasure and which would lead anyone trying to appropriate it to another life.

Only a few inexperienced have boldly tried to grab it, but the search was not successful ..

The Gorges of Tiberius, a Geopark recognized by Unesco, are located in the Pollina river at 100 m. between the municipalities of San Mauro Castelverde and Castelbuono, in the Madonie Park.

Le gole alla volta takes its name from the hamlet of Tiberio, a noble farmhouse in the municipality of San Mauro, now almost uninhabited, while in the past inhabited by about a hundred people. The gorges as a whole are about 450 m long. and can be divided into three areas.

The limestone rocks were formed in the Upper Triassic more than 200 million years ago, while the uplift of the rocks and the consequent formation of the gorge took place starting from the Miocene, about 23 million years ago.

The geosite consists of a fluvio-karst gorge engraved by the Pollina river in correspondence with limestone rocks; along the walls are also visible morphologies related to river action and karst phenomena.

The excursion includes the crossing of the gorge in a 400-meter long rubber dinghy and a walk along the Pollina river which, depending on the period, takes place downstream to the small gorge or upstream to the lakes, in both cases it is possible to do the bathroom. Along the way you can admire the typical flora and fauna of the river environment.

The first part, of about 100 m., Stands out in an imposing way to the gaze of the visitor who has just arrived in the river bed, is full of caves and can be covered on foot; the central part, the most fascinating and suggestive, about 250 m long. and even more than 50 m high, it can only be crossed by rubber boats since the depth of the water exceeds 8 m. also in summer, halfway through the route there is a large boulder which in the past was used as a secret passage; the last part, about 100 meters long, looks like an enchanted lake, a sort of primordial earthly paradise.

Inside the gorge it is possible to observe: the fossils, U miricu, the birds ‘nests, the brigands’ boulder, the play of light and an uncontaminated and wild vegetation immersed in silence.