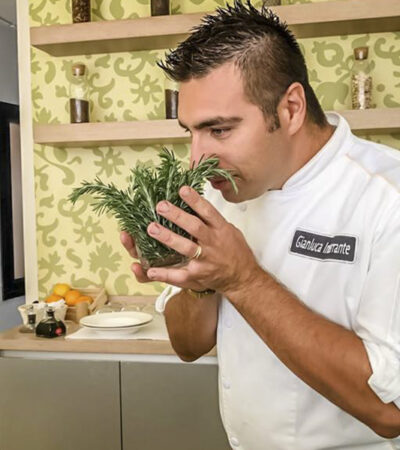 Teds: Gianluca Interrante
Location: Sciacca
Date: Year round
Runtime: Short Experience
3 hours
Language: English
Experience: Learn how to prepare your own Sicilian dishes with quality products and the guidance of Chef Interrante!
From: 71,00 €

THE QUEEN … OF PASTRY.

In Palermo, as in the rest of Sicily, everyone ate the cassata, and at least 90% of them loved it. The curious thing, however, is that in the rest of the world there are really many who know, by hearsay, thanks to studies, travels, or simple images, the queen of Sicilian pastry. That impressive glazed cake covered with candied fruit, with bright and cheerful colors, seems to fascinate anyone.

It is said that its roots are ancient, even that there are writings dating back to the dominations of Arab and Norman Sicily, but then in reality, who invented the cassata? This is a doubt that does not find a specific solution, but that has a partial answer that gives rise to the telling of a very interesting story. The story of an interesting life.  To do this, however, you have to close your eyes and travel to a Palermo in black and white.  You have to close your eyes and go back to 1800.  Many men busy to ensure a hot meal every evening for their children and wives.

And now we must imagine that among people, there is someone who brings bread home thanks to an innate passion. Certainly not all, but some do. Someone like Salvatore Gulì, who every morning goes to his pastry shop with a smile on his face. Dip your hands in the shortcrust pastry, measure out the ingredients and let the sugar grains slide  between your fingers. This makes him happy. And the happiness, the passion, in what you do take you far.

Obviously if you are also skilled in the art you choose. And Mr. Gulì is very clever, but more importantly he has a lot, a lot of imagination. In the mind, when he cooks, he imagines what more he can give, what he can invent. And so, in 1873, an idea popped into his head: why not add a touch of happiness to that old cake, that beloved ricotta cake? A touch of class. And the idea turns into a wonderful pumpkin to put on the cassata, and well, that idea didn’t just appeal to him. Thus, at an exhibition in Vienna, the cassata according to Salvatore Gulì makes its debut, and from that moment on it never changed its look. The candied fruit and the icing still color the Sicilian tables every Sunday.

Every remarkable thing has not only an inventor, but owes its beauty to everyone who has contributed, more or less, to its improvement.

Chef Gianluca Interrante offers the opportunity to learn how to cook traditional Sicilian fish dishes from Sciacca, with an experience accompanied by tales of traditions dating back thousands of years to the Greeks, Arabs, Normans and Bourbons.

In the splendid setting of the Sicilian coast lies Sciacca, a seaside town, nestled between Trapani and Agrigento, with the 2nd largest port in Sicily full of abundant treasures ready to be cooked and eaten. 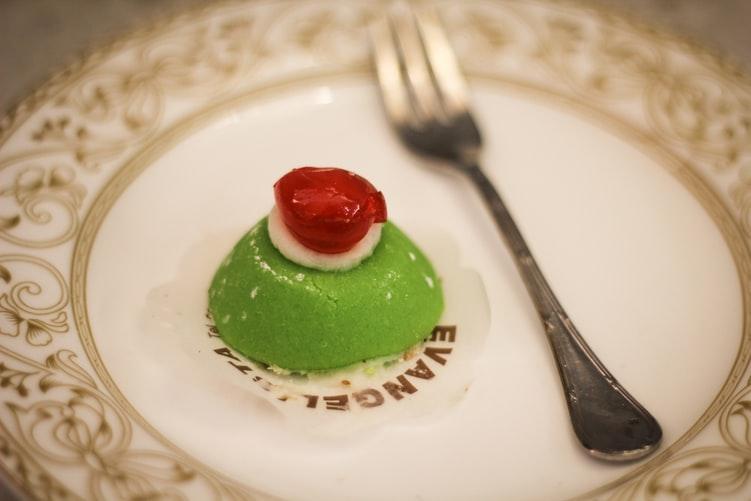 Together with the chef during the cooking class, a complete three-course meal is prepared: starting with the most traditional Sicilian dish, Caponata, enriched with the famous Pink Prawn of Sciacca; followed by the most characteristic first course of Sicilian culture, pasta with fresh sardines… and ending with a wonderful homemade Sicilian cassata, a dessert born more than 1000 years ago.

The very helpful and friendly chef, who loves teaching culinary culture, is ready to help his guests in the preparation of their dishes, describing their history and ingredients, cutting and touching only local and very high quality products.

At the end of the cooking process, of course, everyone will be able to enjoy the dishes they have prepared, accompanied by a glass of Sicilian wine! Sicilian cooking class, to learn how to cook and, of course, how to eat, like a Sicilian!

more
Next
DISCOVERING THE SECRETS OF THE CUSCUSU
November 30, 2020
Previous
TEDTRIP and IDIMED celebrate the Mediterranean Diet, an Intangible Heritage of Humanity for 10 years
November 21, 2020