The enhancement of the gorges of Tiberius for TED Giovanni was a choice of life. A choice born in a moment of employment crisis following which the decision to return to Sicily from Bologna, the city where he obtained his degree and worked. For more than 10 years he has been constantly working on the enhancement and use of the Tiberius Gorges. With great pride, after many years. TED Giovanni has managed to ensure that the gorges from a place known to the few nature lovers, has become one of the most prestigious and attractive places in Sicily as regards naturalistic and sustainable tourism. with visitors from all over the world.

The work done by Ted Giovanni was a very difficult job, but at the same time exciting and full of vitality; an adventure in which passion, madness and attachment to one’s origins were the guidelines, more than any university theory or thesis of experts on the subject. In recent years, Giovanni has acquired skills in the naturalistic field and in safe accompaniment, thus becoming an environmental hiking guide and rafting guide. The first crossings by rubber dinghy date back to 2007 with the friends of the Cai of Cefalù, in 2012 he met Vincenzo Scavuzzo, adventure companion of Ted Giovanni, who immediately married his project. The idea of ​​making the gorges usable in spring and summer was born following a project carried out with the Madonie Park on sustainable tourism.

Since that moment each excursion has been, and continues to be, a discovery of a primordial world still intact and well preserved: from fossils to the discovery of numerous caves in the area, from the feeling of well-being after a refreshing bath to the body that becomes light as a feather when carried against the current by the wind, from the amazement for the play of light to the charm of the legends that give an immortal soul to these places, from the sight of a crab to the flight of the golden eagle. The enhancement of the Gorges is the daughter of his belief in the possibility of sustainable tourism development in Sicily.

Don’t miss the other TEDs

Let’s not lose sight of each other! 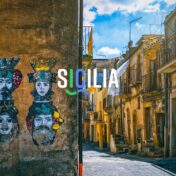 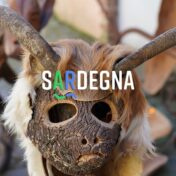 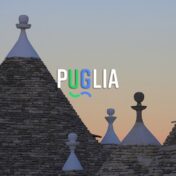