DISCOVERING THE SECRETS OF THE CUSCUSU 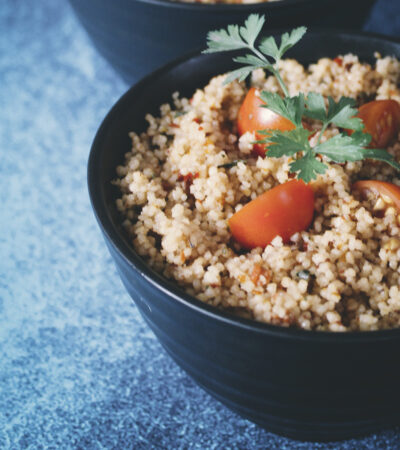 Teds: Gianluca Interrante
Location: Sciacca
Language: Italiano
Experience: Thanks to experience, you will be able to get to the heart of the Sicilian couscous preparation process, with the use of traditional tools and with the aid of ancient techniques.

ONE GRAIN AT A TIME.

In Gabriele’s mind, still flow pictures, like photographic shots.  The house where he spent his summers as a child, with red bricks; the yellow bicycle with wheels and still the same bike without wheels, when he had already learned; the basket in the courtyard, very high, almost next to the sun.

The gray hair of the nanny, and it happens, more rarely, that in addition to the images Gabriele remembers a beloved voice and some sounds. Nanny Teresa calling him because dinner is ready, the jingle of his mother’s pink key ring, the keys turning inside the latch. One thing that Gabriele, however, always connects to the past, in a clear way, are smells.  When he passes a bakery he remembers the smell of his grandmother’s baked bread; when he smells burning he remembers that time when a dish towel too close to the stove went on and the kitchen stank for days.  Then something happens, which Gabriele always finds strange. It happens that when he looks at the sea it is an evocation, and so he also hears a smell: that of fresh fish, and then the sound of his grandmother’s and Tata Teresa’s hands that intertwine on the marble to nibble the couscous.  Gabriele hears the rustling of couscous grains loud and clear. And then he hears :

<<there are many grains, but one at a time, each one must find his companion grain>>.

Chef Gianluca is available to convey and tell the history and tradition of one of the oldest dishes of eastern Sicily, the “Sicilian couscous”, enriched by the wide and tasty variety of Sciacca fish, cooked in the couscous pot, an ancient tool dating back to antiquity and created by the Magrebbino people. 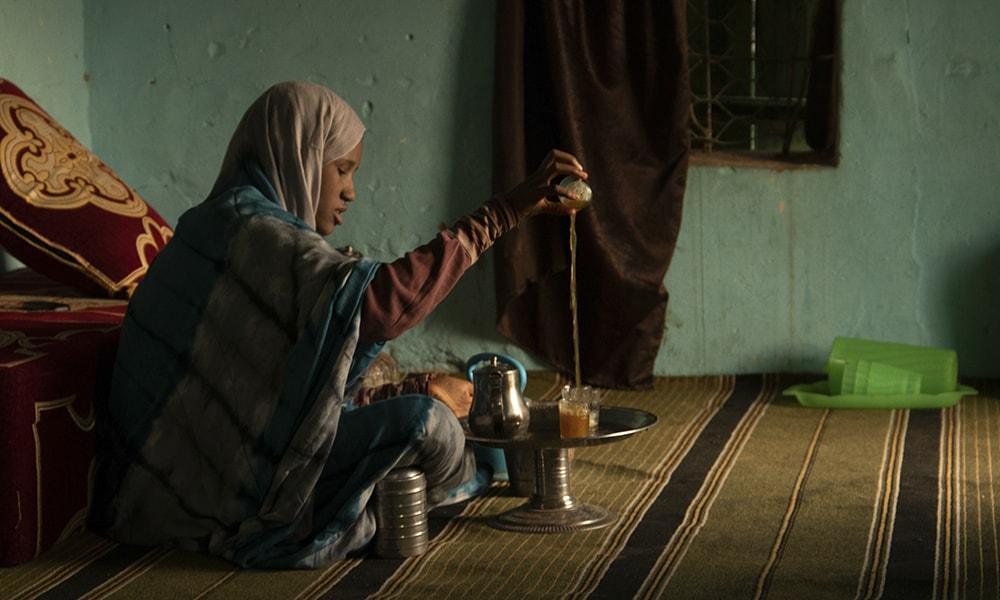 The arrival of couscous in Sicily is documented to date back to the Arab invasion of 827, coming directly from the Maghreb and finding innovation thanks to the traditional tools for preparing the dish, such as the famous couscous pot, a pierced clay pot.  But Trapani people have kept this beloved dish as a secret and have handed it down from generation to generation with great pride.  The name couscous has a phonetic derivation, in fact it recalls the sound of the large brass bracelets that Maghrebi women had on their wrists, and which tolled with the rotating movement of the hands that hit the terracotta.  The chef makes tools from remote creation available to create the ancient dish: the maffaradda and the couscous pot; following the guests in the ancient art of nibbling, an ancient technique used to agglomerate the small stone-ground grains of wheat. 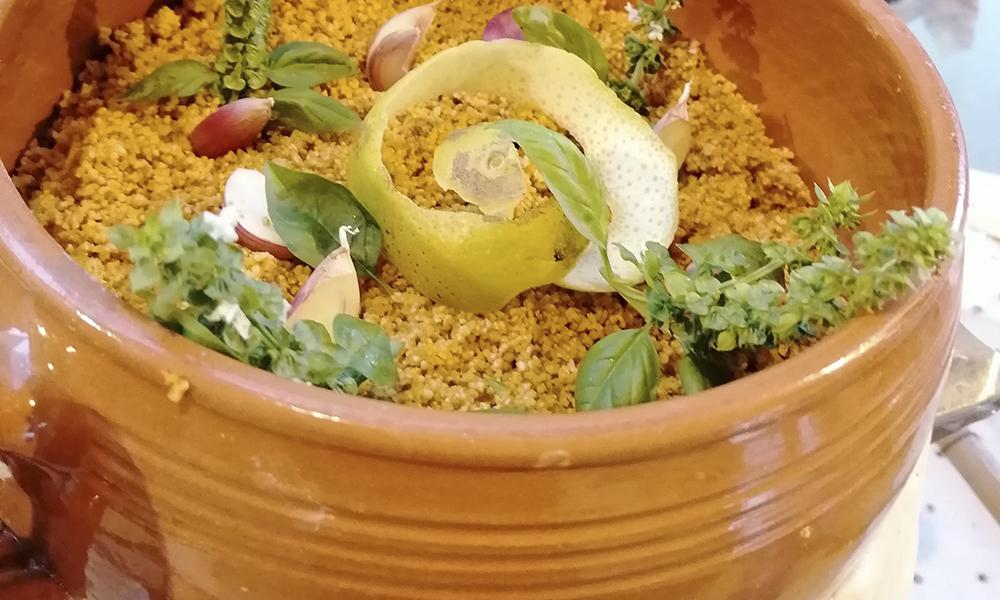 Chef Gianluca transports guests through a sensorial and olfactory journey, thanks to the Mediterranean spices with which the couscous is seasoned. Finally, he will show the secrets of the long steam cooking that the dish needs to be perfected. During the cooking of couscous the experiences are certainly not lacking: from the tasting of the famous “pani cunzatu”, fresh Sicilian bread seasoned with anchovies, oregano and EVO oil, to the explanation of the fish that inhabit the Mediterranean Sea and that flavor the ‘ghiotta ‘, broth with which couscousu is’ abbiviratu’.

But the best comes at the end of the cooking class, when finally, cooked couscous can be enjoyed in a convivial environment, accompanied by wine and enlivened by the traditional Sicilian dessert: cassatella with ricotta. A journey to be enjoyed!